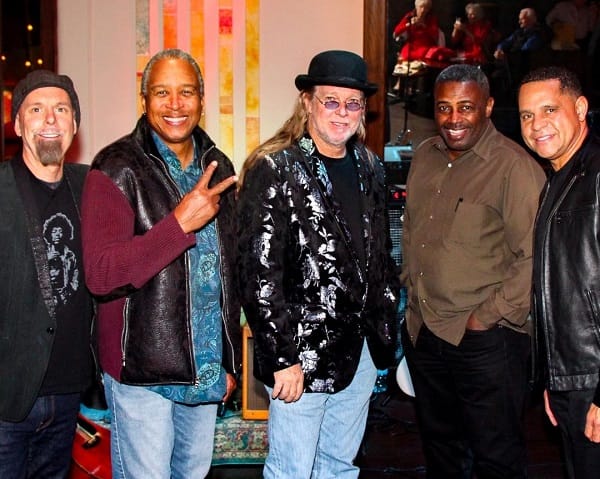 FRIDAYS LATE | the John Stanley King Show! | 8pm – Midnight | No Cover. Friday Nights are for Some Musical Cocktails and the Sounds of a Great Band called THE JOHN STANLEY KING SHOW. Kick it up on the floor or just listen in to a Music Mix of Originals, R&B Classics, and Favorites from The Beatles, James Taylor, Pink Floyd, Eric Clapton and a hand full of Sinatra Type Songs for all the lovers. The Band Members: John Stanley King: Vocalist and Multi-Instrumentalist. Norman Merten, Guitarist. Richard Turner, Piano; Craig Chesnut, Drums; and Malcolm Turner, Bass & vocals

The Music Lounge at Vicky’s of Santa Fe located on Highway 111 & Club Drive in Indian Wells, centered with a 9-foot concert grand piano, a built-in dance floor is home to over 36 of the Desert’s Best Musicians. An electrifying Live Music Program that is comprised of 9 performances scheduled over 7 days, week in and week out. Food and Cocktail Service at all times. No reservations. Open seating. No covers. To learn more visit vickysofsantafe.com