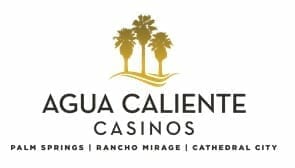 Since the passing of Elvis Presley more than 40 years ago, there has never been a tribute artist that has so captivated the look, moves, and especially the sound of “The King” more than Justin Shandor. “The World’s Ultimate Elvis Justin Shandor” is taking the stage at Agua Caliente Resort Casino Spa’s The Show on Saturday, November 5 at 8:00 p.m. Tickets are on sale this Friday, June 15 at 10:00 a.m.

An international sensation having performed in England, Australia, Malaysia, the Fiji Islands, with several tours across Canada and Sweden, Shandor made his national television debut in 2013, performing on the David Letterman Show in front of an estimated 3.5 million viewers. At the end of August 2013 Shandor performed three consecutive shows for more than 15,000 people in Santiago, Chile and headlined in Collingwood, Canada, performing for 20,000 people. On September 9, 2014, Shandor was chosen by Mark Cuban of “World’s Ultimate Tribute Bands” to perform on AXS TV at the world-famous Whisky-a-Go-Go in Hollywood, California. The show was seen by an estimated 46 million people.