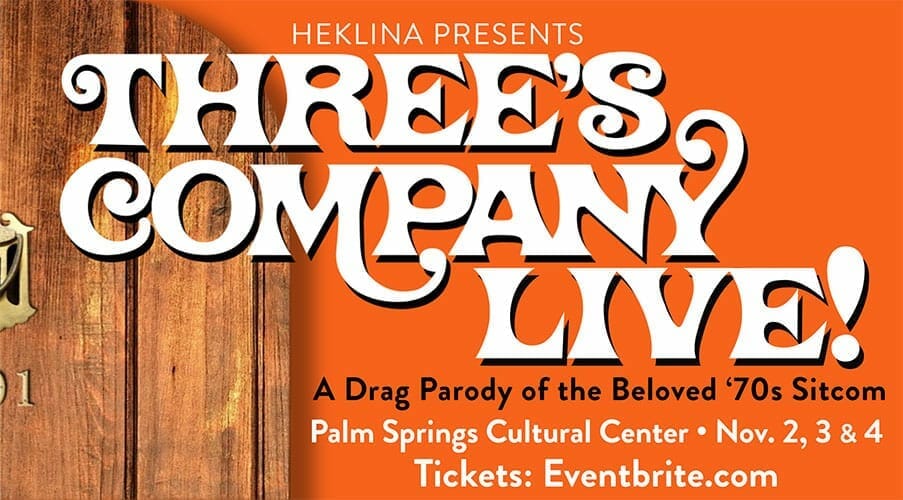 Come and knock on our door!

Each performance features 2 full episodes from the TV show:
The Fast — Janet wagers with Jack and Chrissy as to who can go longest without their vice: women for Jack, food for Chrissy. It looks like Jack may win the contest, but Janet has an ace up her sleeve; Jack’s cruise ship fling Grace is in town waiting for him in her hotel room.

No Children, No Dogs — When Jack brings home an adorable puppy from neighbor Larry, roommates Janet and Chrissy remind him that landlord Stanley Roper doesn’t allow pets. The trio tries to hide the dog and it’s food from Mr. Roper, but Chrissy gets an idea when poor Mrs. Roper mentions that her husband will surely forget their approaching 20th wedding anniversary