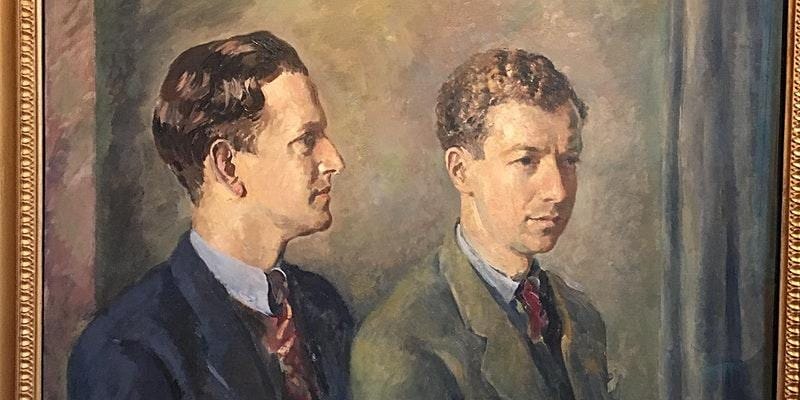 Explore the UK’s rich LGBTQ history through the NPG’s collections with Professor Andrew Lear on the fun and interesting 75 minute Zoom tour!

London’s National Portrait Gallery is truly one of the world’s gayest museums. Years ago (just to give you an idea), the permanent collection started with a statue of King Edward II (a medieval monarch murdered by his barons over his generosity to his “favorites”) and ended with Sir Ian McKellen. At that time, I called this talk, “England, from gay to shining gay.” The order of the collection has changed—and will change more as the museum is closed for a massive renovation—but the point remains: a walk through this museum’s collection is a great way to explore the UK’s rich and complex LGBTQ history.On this fun and interesting Zoom talk, we will examine:

This tour will last 75 minutes (with Q&A), but by the end, you will never think of the British as dull and sexless (or straight!) again!