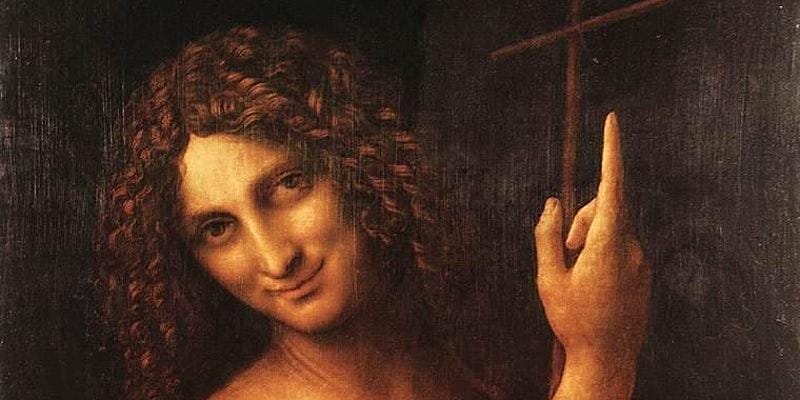 Discover the Gay secrets in the Louvre’s great collection—Michelangelo and Leonardo’s gayest masterpieces, Napoleonic homoerotica, and more
About this Event

The Louvre is the world’s largest and most-visited art museum, and it contains many of the world’s most famous artworks, such as the Venus de Milo and the Monna Lisa. It is also a kind of temple of the Classical tradition—arranged almot as an argument, that neo-Classical France, from the Renaissance through the Empire, is the cultural heir of Greece, Rome, and the Italian Renassiance. And the Classical tradition has always gone hand in hand with the homoerotic tradition, of which the Louvre contains a number of the greatest examples. On this fun and informative 75 minute Zoom tour (with Q&A), you will learn about:

Love in the Greek gymnasium
the Hermaphrodite, myth and sexuality
the Emperor Hadrian and his lover Antinous (of whom the Louvre has 4 busts!)
Michelangelo’s Dying Slave and his love poetry
Leonardo’s St. John the Baptist and his great love, il Salai
A gay French king or 2
Gay lib in the French revolution
Homoerotic art of the Napoleonic era
And more….

Don’t miss this opportunity to learn about the Louvre’s fascinating LGBT side—so you won’t miss it the next time you go to Paris!