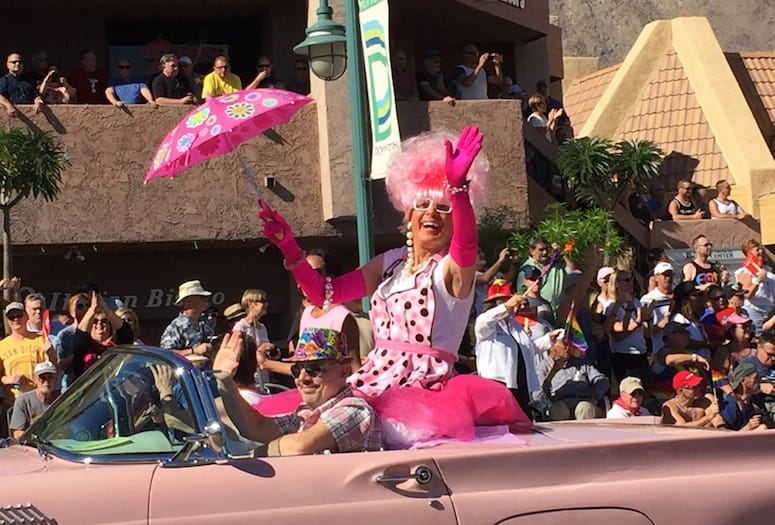 Bella da Ball is a fixture at every Palm Springs Pride parade and function.

Citing Palm Springs as a location where “LGBTQ is the culture” compared to larger populated cities, Expedia.com’s viewfinder Travel Blog has included Palm Springs to its “15 exciting LGBTQ Friendly Cities Around the World”.

Expedia created the list as part of its search to final places around the globe “where the right to be yourself and considered equal are important aspects of the culture, laws, social scene, and employment structures”.

Palm Springs has the third highest rate of gay couples per 1,000 households at 115, the article notes in attributing the stat to the 2010 Census. “…and that’s just the domesticated tip of the iceberg”, the article states.

Under party potential, Palm Springs is complimented for annually drawing LGBTQ events like The Dinah, White Party, and International Bear Convergence, and its Gay Pride festival is the largest in Southern California by drawing 125,000 attendees, according to the article.

Expedia also praises Palm Springs’ efforts within the community to create an equal and safe space for all visitors and residents, which is reflected by the Transgender Community Coalition and the 100/100 score from the Human Rights Campaign’s Municipal Equality Index.