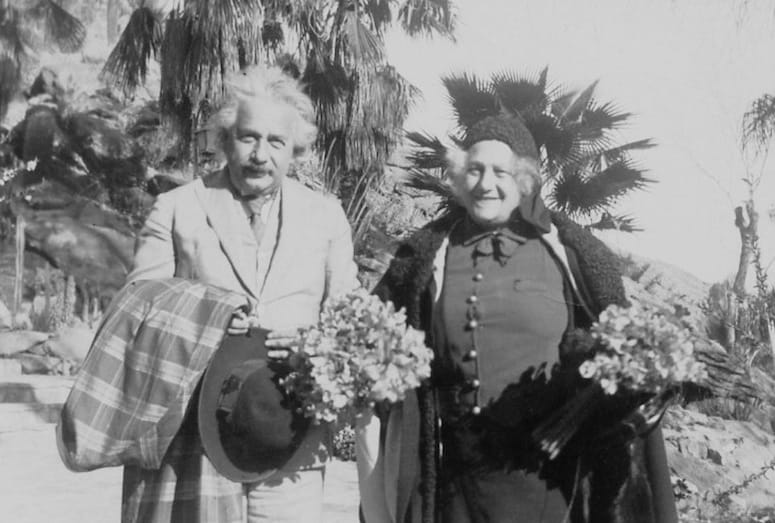 The couple was fleeing from Nazi Germany where the influence of Adolph Hitler was making it more and more dangerous to practice Judaism. They stayed at the Willows, an elegant home owned by Samuel Untermeyer.

Tony Burke, the local publicist and photographer for the El Mirador Hotel, was asked to give the Einsteins a tour of Palm Springs and the surrounding area. Burke said Albert Einstein detested photographers and he would run when he saw them coming.

When cornered, according to Burke, he would grimace and make clicking sounds in mockery. The world’s newspapers and magazines learned a lot about Palm Springs while they were trying to snap pictures of him.

Albert Einstein told Burke his favorite part of the tour was their trip to Palm Canyon where he was able to wander over the desert and up in the canyon, and appreciate the vastness of the mountains and the sky.