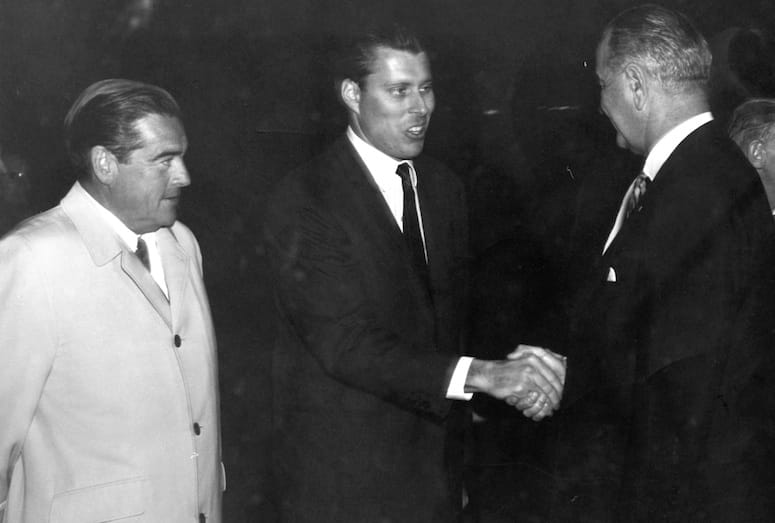 Palm Springs had long been considered a stronghold of the Republican Party.

However, in the state primary of 1964, County Clerk Donald Sullivan revealed a breakdown of 7,609 Palm Springs voters with 3,989 registered Republicans against 3,230 Democrats. This was the highest Democratic registration since the incorporation of the city in 1938.

During this period of time, powerful leaders of the Democratic Party began to use Palm Springs as a home base to raise funds in their attempt to generate support for Lyndon B. Johnson, who was running in his first presidential election. Local support was also being gathered for John V. Tunney running for the U.S. House of Representatives from California’s 38th Congressional District (Riverside and Imperial Counties.)

Because of the efforts of many Palm Springs residents during the 1964 campaign year, candidates came to the desert to enlist the help of local residents who played an active part in the Democratic political machine. One Democratic Party supporter, Phil Regan, brought many of the most nationally acclaimed leaders of business and the labor to the desert to show their support for the candidates.

Referred to by many journalists as a “one man mediation service,” he is credited with arranging a meeting between David McDonald, United States Steelworkers and former President Dwight Eisenhower that helped open up communication during a seemingly insurmountable labor-management deadlock.