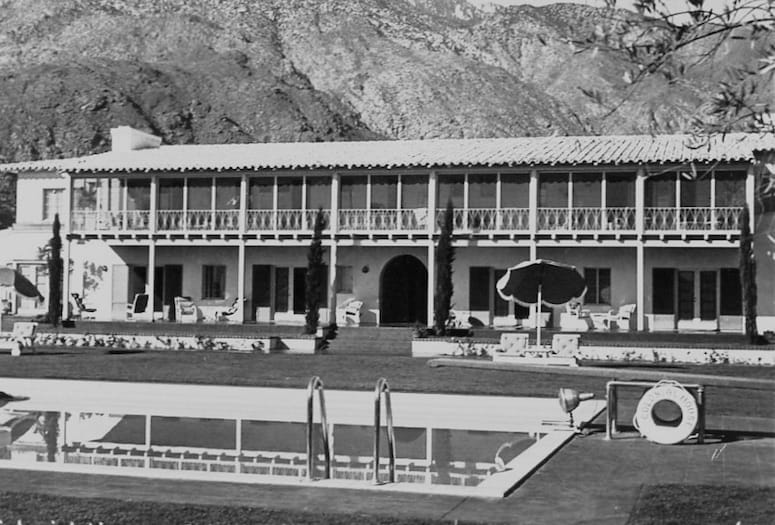 In the 1930s, the then Colonial House hotel housed an underground playhouse in Palm Springs.
PHOTOGRAPH COURTESY OF THE PALM SPRINGS HISTORICAL SOCIETY

In the 1930s, Al Wertheimer ran an unwelcomed but successful gambling dens in Cathedral City and one possibly hidden in the heart of Palm Springs.

The Colonial House was an elegant Spanish-Revival building in Palm Springs owned by Al Wertheimer, a notorious mobster from Detroit’s Purple Gang. Adding to the hotel’s allure was a secret entrance hidden in the residence occupied by the manager of the hotel. The entrance led to a den that catered to the glamorous and wealthy who could easily afford higher-stakes games.

The walls of the underground retreat were covered in hand painted murals. One magnificent wall mural depicts three nude women: two kneeling on either side of the central third, who stood with arms outstretched as though flinging “good luck” into the crowd.

His infamous underground playground is now abandoned to the depths of the Colony Palms Hotel.

There is a multitude of ways to Explore Palm Springs, which turns 81 in 2019. One of the more intriguing methods is by exploring Palm Springs history.