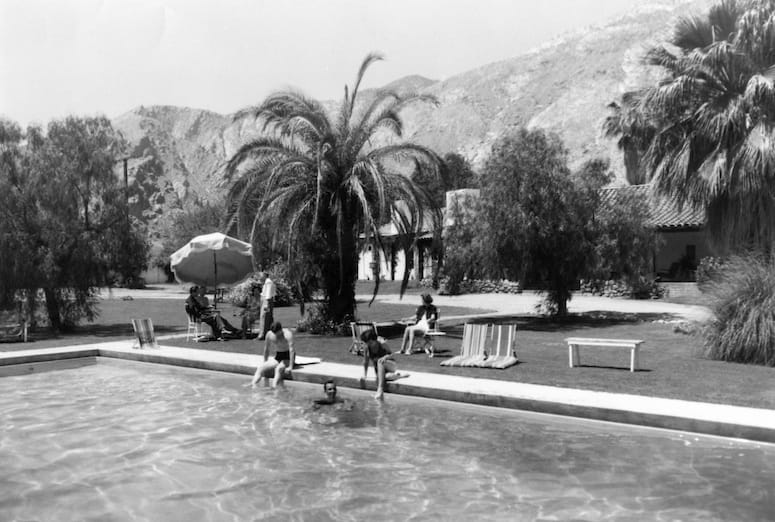 Beginning New Year’s Eve in 1928, the El Mirador Hotel became one of the most fashionable resorts of its day, opening its doors to the most well-known personalities of America and abroad.

Douglas Fairbanks, Mary Pickford and Lillian Gish were on hand to celebrate the vision of Palm Springs pioneer P.T. Stevens, a former Colorado rancher and Hollywood real estate investor. The tower was a landmark for people entering the city from the north.

The El Mirador Hotel continued to provide its services until the U.S. entered World War II.  The hotel was purchased by the U.S. Government and converted into Torney General Hospital.  After its stint as a military hospital, the El Mirador reopened as a hotel in 1952.

A small portion of the hotel acreage was retained as the Community Hospital. In 1951, Desert Hospital District was formed.

In 1973, financial setbacks forced the sale of the El Mirador Hotel to the hospital and its doors closed to guests.  As the new hospital facility was completed (November 1979), all but the main hotel building and tower were removed.

The interior of the building is open to the public and serves as the entrance to the hospital.

Fast forward to 1934, it was reported hotels were filled to capacity and they were turning away guests. This was the year that the numbers of visitors surpassed all others in the history of Palm Springs.

Palm Springs was hosting a multitude of New Year’s Eve celebrations with each one featuring lavish decorations, music, dining, dancing and merry-making.

The Desert Inn held a midnight supper with a notable entertainment program.  The El Mirador Hotel had dance music supplied by Joe Lee’s orchestra and their huge dining room was sold out for the event.

The Racquet Club sported a grand and lively party planned in their brand new dining room, and the Dunes Club offered dining, dancing and a little gambling in the back room.  The Del Tahquitz Hotel, Zucca’s, The Barn, Jo-Al’s and the Royal Palms were all ready to welcome capacity crowds for their New Year’s celebrations.

Even though much of the country was experiencing the economic slowdown of the Depression, Palm Springs was basking in the prosperous termination of the old year and a merry inauguration of the new.