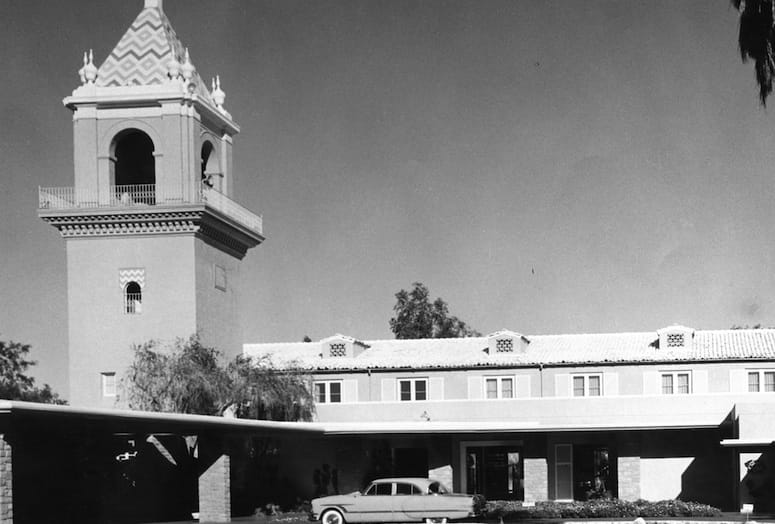 An early morning blaze lit up the desert sky on July 26, 1989, destroying the historic El Mirador Hotel and tower.

Opening in 1928, the hotel was a desert landmark for more than 60 years attracting the rich and famous to Palm Springs. It closed in 1973 and the buildings were boarded up.

Desert Hospital purchased the property and was using parts of it as a warehouse. The board of directors at the hospital had just approved $2 million for a renovation of the single remaining building and the tower just days before the fire.

At 12:15 a.m., flames were spotted and reported. Firefighters arrived shortly on the scene and fought to contain the fire to no avail. Thirty firefighters battled the blaze as the sun came up and temperatures rose. Three firefighters suffered minor injuries.

As the day wore on, temperatures soared to 113 degrees, while fire investigators and police prowled through the ruins looking for clues to what started the fire. There was an unconfirmed report that transients had been chased from the vacant building by hospital security a few days before and were seen at the structure the day of the fire.

CEO David Seeley was quoted in a Desert Sun article, “the El Mirador, like a phoenix will rise from the ashes.”

The hospital moved quickly to rebuild the tower and lobby using the 62-year-old blueprints. It reopened in 1991.

Today, the replicated tower and hotel lobby stand as the entrance to Desert Regional Hospital as well as being a much-loved Palm Springs landmark.