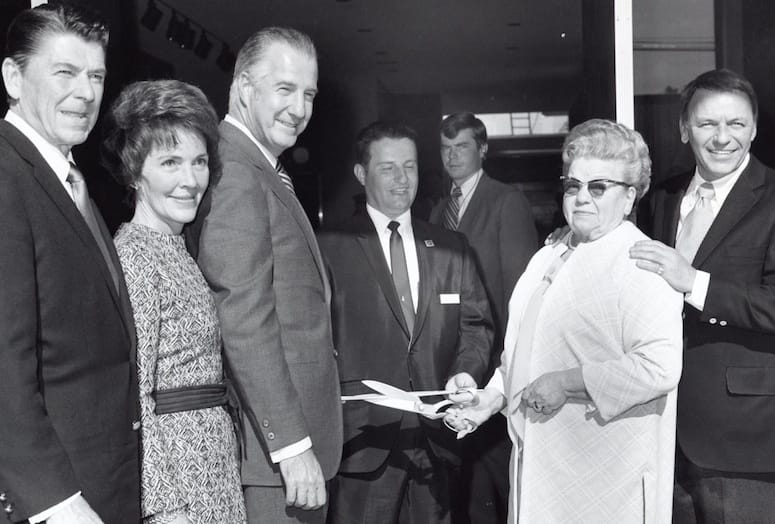 Frank Sinatra shared the spotlight with his daughters, Tina and Nancy, as they broke ground with a high-powered jackhammer to start the construction of the Martin Anthony Sinatra Medical Education Library at Desert Hospital on Jan. 14, 1970.

The three level cantilevered building was designed by Palm Springs architect Donald A. Wexler and today houses a lecture hall, classrooms, a doctor’s lounge and a medical library.

At the groundbreaking ceremony, Frank Sinatra said that his father would be proud and honored to have this facility built in his honor because he was a man who could neither read nor write.

Sinatra pledged to raise the money for the construction and development of the center. Joining with Sinatra was Frederik Loewe, who also announced that he would donate one-sixth of the revenue from six of his musicals to the building fund.

True to his word, Sinatra raised the funds and construction was completed before the year was out. The dedication of the Martin Anthony Sinatra Medical Education Library was held Jan. 12, 1971 with many notable dignitaries present.

Dr. George Kaplan, president of the Desert Health Foundation’s Board of Governors, presented the singer with a plaque recognizing Sinatra’s “humanitarianism, generosity and untiring efforts to make the Medical Education Center at Desert Hospital a reality.”