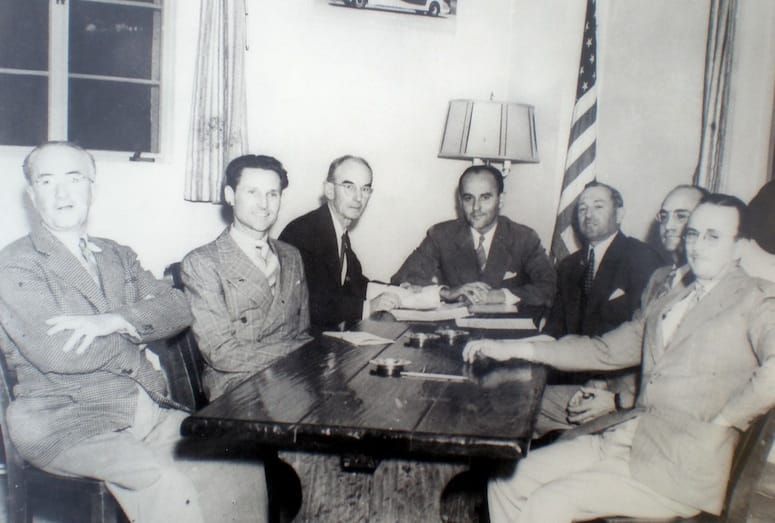 In May of 1938, Palm Springs residents were just becoming accustomed to the city becoming incorporated.

The arguments both for and against incorporation were strongly voiced and hotly debated.The necessity to build a high school that would alleviate students being bused to and from Banning was a key component in the argument for incorporation. Up until this time, the library had been shuffled between three locations. City funding created the opportunity build a permanent home, but also money to buy books could be allocated.

As a council-manager form of government, the city council members are elected, and they appoint a professional manager to oversee the administrative operations and implement city policy. Boyd was selected by his fellow city councilmen to be the first mayor even though the position was simply a ceremonial title.

Incorporation also opened the ability to hire and pay a city fire department as well as a city police force because Palm Springs was able to collect and spend tax money collected within the city limits.