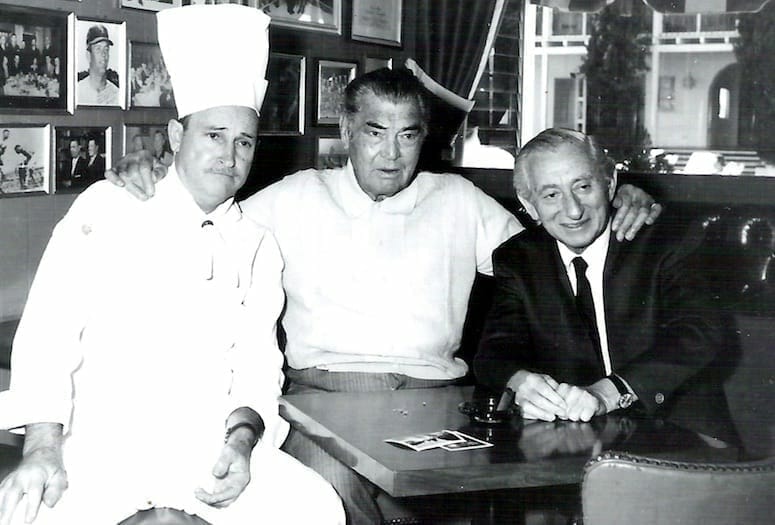 Gene Tunney dominated the heavyweight boxing championship rematch with Jack Dempsey  in September 1927, until Dempsey dropped him in the seventh round.

It was the first time Tunney had ever been sent to the canvas. Due to new rules requiring that a fighter retreat to a neutral corner for the count, Tunney had extra time to recover and go on to win the title. Both were good sports and the gentlemanly exchange between the pugilists became legendary. Tunney and Dempsey became good friends and often connected in Palm Springs.

When Dave Margolis purchased the Howard Manor (now The Colony Palms), he invited his friend, Dempsey to invest. The hotel had a Jack Dempsey Room filled with boxing memorabilia. As a result, Dempsey spent a considerable amount of time in Palm Springs entertaining at the hotel and hosting parties at the supper club frequented by celebrities including Frank Sinatra, Howard Hughes, Ronald Reagan, Kirk Douglas, Zsa Zsa Gabor, and Tunney.