KCMJ Radio Station His the Airwaves in 1947 in Palm Springs 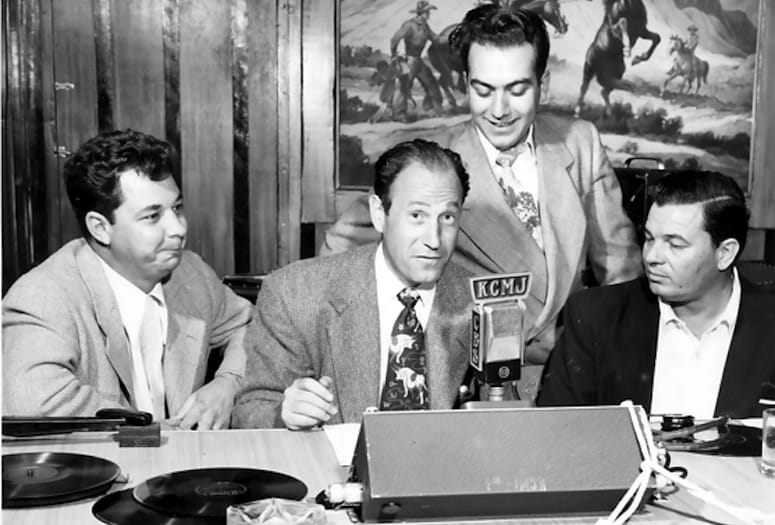 Prior to 1947, radio signals in Palm Springs suffered from serious radio reception difficulties due to the ‘blackout’ action of stately Mount San Jacinto. Only under ideal conditions could villagers listen to their favorite network programs emanating from the Los Angeles stations.

RadiOasis, station KCMJ began its operations in the spring of 1947. An affiliate of the Columbia Broadcasting System, the station was installed specially to serve Greater Palm Springs. They provided a complete CBS program schedule for 17 hours each day "loud and clear.”

In addition to the national programs RadiOasis featured special broadcasts of purely local nature, sponsored in most cases by Palm Springs merchants. One of the most popular daily presentations was a full hour of request transcriptions called "Music for the Party," in which the listeners requested their favorite musical recordings by telephone and then hoped their selection would be played on air.

Dick Joy and Don McBain, the owners of the station, were two veteran radio men, both having had extensive experience with major radio networks. McBain, along with owning the station and guiding its operation, held down a full-time position as a flight captain at United Air Lines. Joy was a well-known full-time announcer on many of the popular network programs, including "Sam Spade, Detective," "Vox Pop" and "The Telephone Hour” and appeared on "Big Town" and the "Danny Kaye Show.