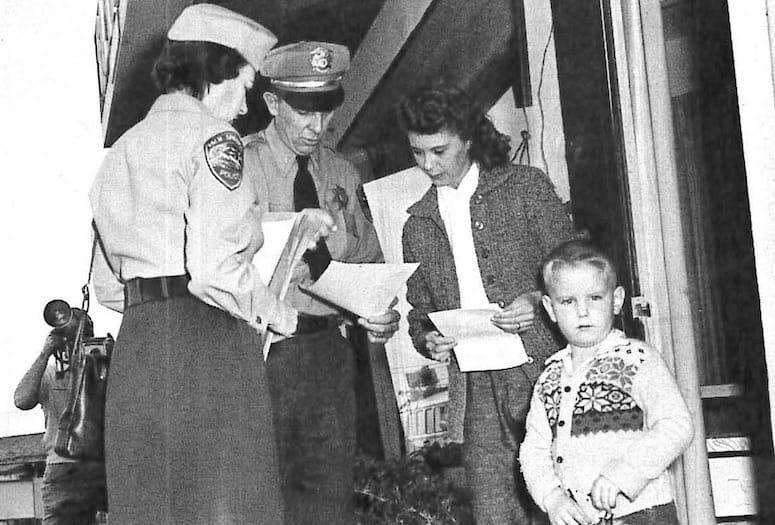 Mary Carlin was called a “29-year-old pretty house wife” during the 1958 election cycle in Palm Springs when she caused the biggest political upset of her time by unseating sitting mayor Gerald Sanborn. But, as she represented the city’s District 4, which she felt was underrepresented in city decisions, she soon became known as “the Maverick.”

Mary had arrived in Palm Springs and opened the “El Tram” hotel on the north end of Palm Canyon. Her hotel was like many Palm Springs’ hotels except for one detail: Mary and her husband had refused to take down their posted “Room Rates” sign after the city created an ordinance in 1955, specifically prohibiting the public posting of room rates.

As a result, the city threatened to have the police oversee her sign’s removal,. However, Mary didn’t let a law she felt was unconstitutional prevent her from running a business the way she wanted. She was proven right in 1955 when the courts ruled in her favor and the city had to change the ordinance.

Before her election as city council member, the “Room Rates” signage issue had settled down. However, after she won the election, the issue would reemerge and threaten her place in government.

A little over a year into her service, crowds started crying “impeach her”, condemning her unlawful refusal to remove her hotel’s rate sign. She cunningly continued to post it with the renaming of the hotel to“6.50 Hotel.” A name many took, quite sensibly, as a nose-thumbing “Room Rate” sign in-and-of itself!

While she ultimately lost the right to post hotel room-rates in a 1972 ruling, Carlin’s time in office is often colored by this singular fight and not on her fulfilled campaign promises to help the often overlooked north end of Palm Springs.

There were many words used to describe the councilwoman, but in the month of women’s history, she joins the many women who impacted Palm Springs.

There is a multitude of ways to Explore Palm Springs, which turns 81 in 2019.

One of the more intriguing methods is by exploring Palm Springs history. The Palm Springs Historical Society will share a story whose time and place often corresponds with today.