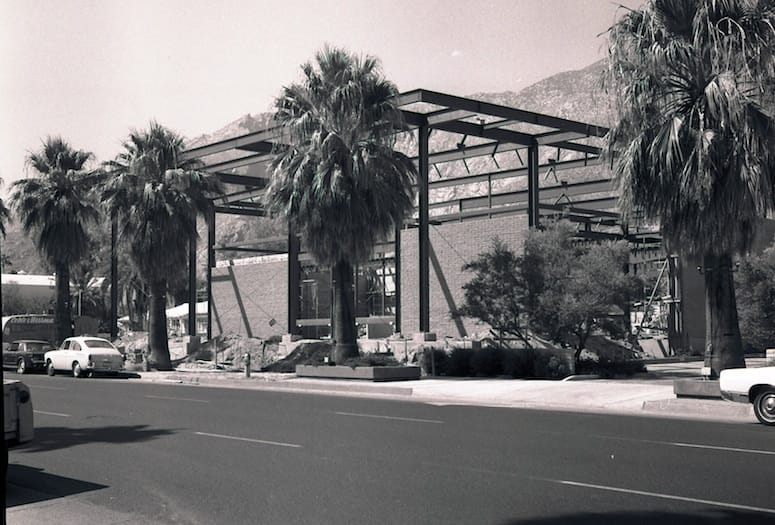 These buildings were built after World War II between the 1950s and the 1970s, and became Palm Springs’ version of Wall Street.

Palm Springs architect Donald Wexler (pictured below) designed the Merrill Lynch building. Wexler incorporated steel, glass and concrete into a commercial building that could withstand the intense sun and heat of the desert, while blending into the dramatic desert landscape. Set against the rugged backdrop of the San Jacinto Mountains, this midcentury icon still stands on South Palm Canyon Drive. It’s currently being restored and renovated as an annex to Eisenhower Medical Center.

Wexler, a native of the Midwest, earned his degree in architecture at the University of Minnesota and early in his career worked with Richard Neutra where he learned to blend art, landscape and practical comfort into his projects.

He has done almost all of his work in the Coachella Valley. The Merrill Lynch building is considered by many to be one of his most revered designs.