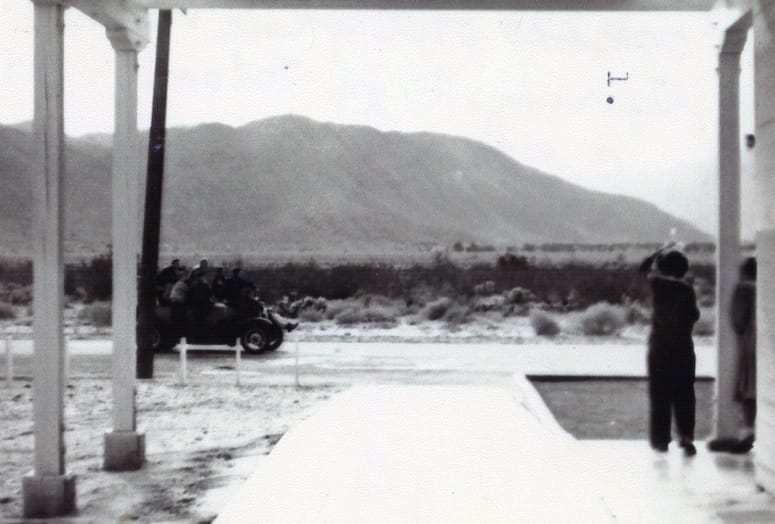 The first high school in Palm Springs became a reality Sept. 22, 1936 with the passage of a bond issue.

Two proposed locations for the new school were toured by Charles Bursch, chief of schoolhouse planning for the state of California, Principle Bean of the Union High School District and some prominent local residents including Raymond Cree and Nellie Coffman.

One of the proposed locations was near the mouth of Chino Canyon and the other fronted Ramon Road just east of the Field Club, which today would be located at the corner of Ramon Road and Sunrise Way. The second location was chosen by the state official.

Stanley G. Wilson, an architect from Riverside, was chosen to draw the plans for the new school buildings for both Palm Springs and Banning Union high schools. The Palm Springs plans called for two large east-west wings, separated some distance from each other and joined by a covered walk.