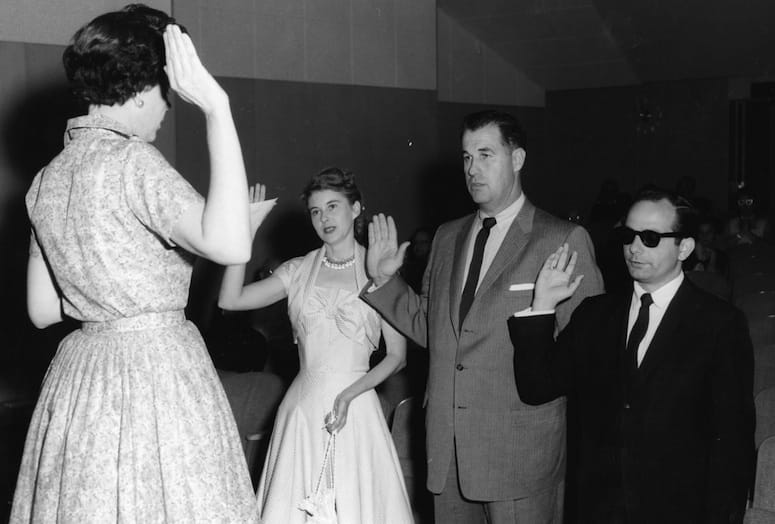 Today we hear cries of “fake news,” but historically in Palm Springs there was also a war between city government and the Desert Sun newspaper regarding low pay for city employees.

On Aug. 24, 1959, the Palm Springs City Council ordered an “Iron Curtain” requiring communication to stop between city employees and the press. According to city council members, articles published in the Desert Sun was fueling unrest among city employees.

The article stated that Palm Springs city employees were being paid much less than those who do the same jobs for other cities in California. Irate police officers and other city employees flooded City Manager Dan Wagner with requests for increases in the city’s pay scales. The reason cited for the appallingly low pay scale was that it “cost less to live in Palm Springs compared to larger cities.”

Wagner issued a memo asking city employees not to talk to the press until the city had a chance to go ahead with its own survey in September. Finance Director Shelby Langford said that one Desert Sun article that gave a breakdown of other salaries throughout Southern California, “placed the paper in a specialized field. An amateur shouldn’t get into it.”

Councilman George Beebe. Jr. led the attack on the Desert Sun, saying, “I think you have stirred up a hornet’s nest. I don’t think city salaries are low.”

There is a multitude of ways to Explore Palm Springs, which turned 75 in 2013. One of the more intriguing methods is by exploring Palm Springs history. The Palm Springs Historical Society will share a story whose time and place corresponds with today.