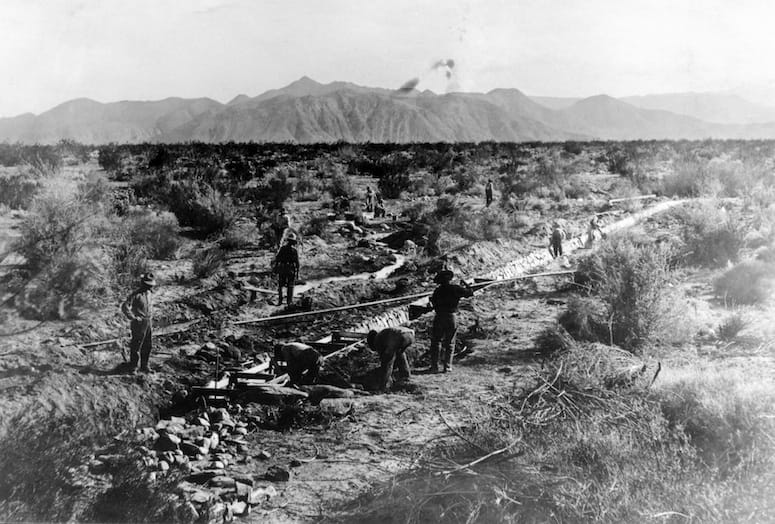 There were two main ditches built to disperse water through Palm Springs in its early days; the Tahquitz Ditch and the Whitewater Ditch.

The first, built in the 1830s, was the Tahquitz Ditch that ran from Tahquitz Canyon to approximately where the Spa is today. In circa 1910, a flood caused the ditch to be overrun with water, subsequently damaging it.

In what has been remembered as a rarely occurring circumstance, Nellie Coffman and Pearl McCallum McManus worked together to have the Indian Irrigation Service of the Department of the Interior have the ditch repaired as seen in this 1911 image.

Prior to this time, the Tahquitz ditch was unlined. The ditches were used for many years but when they became antiquated, both Nellie and Pearl sought to keep portions of the rock lined ditch intact as an accent to their properties. In fact, a piece of the ditch preserved by Pearl McManus remained on the grounds of the Tennis Club until the late 1960s when Harry Chaddick took over the property.