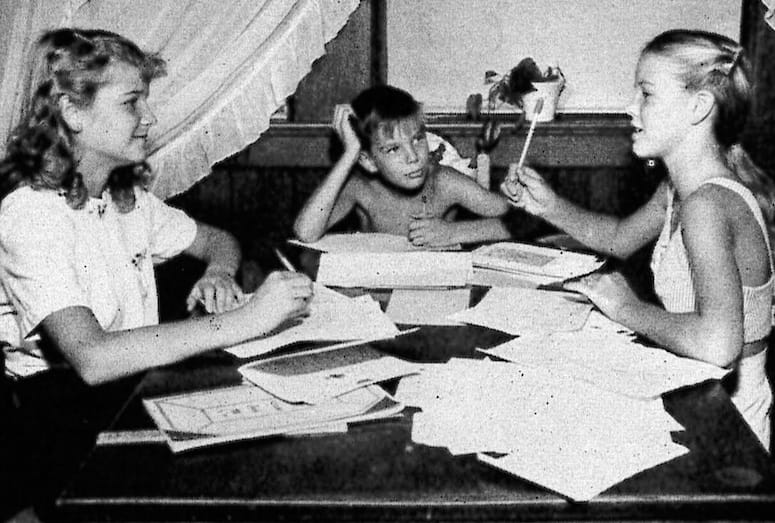 In September 1948 after a summer of production, the Wee Willager Weekly staff announced they were putting their publication to bed for the season.

The staff was composed of four local Palm Springs students, who had to return to school in the fall. Staff members ranged in age between 10 and 13.

Advertising ran under the heading, “Paid Ads.” The cost to place an ad was two cents a word and Buzz said, “We don’t charge for street numbers, but maybe we will next year.”