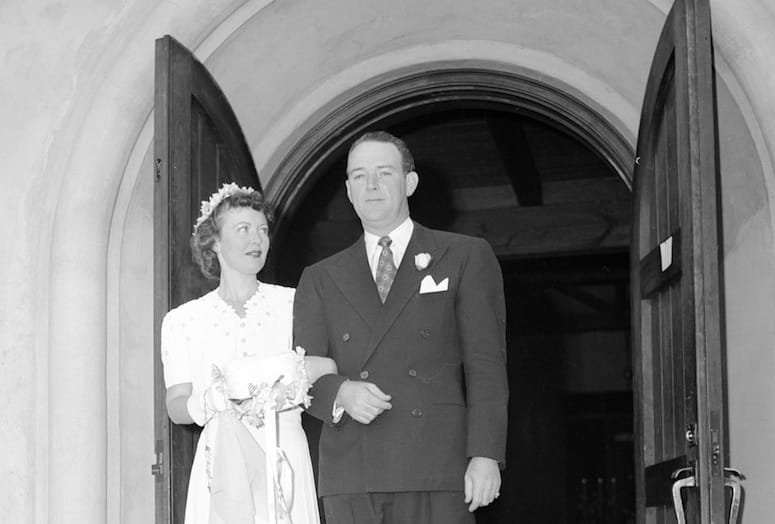 Actor William Gargan appeared in his first film in 1928 where he played a bit part in a movie called Lucky Boy, directed by Norman Taurog.

His career quickly took off and by 1940 he had appeared in more than 55 motion pictures. He credits included Alibi for Murder, Some Blondes Are Dangerous, and They Knew What They Wanted, co-starring with Carole Lombard and Charles Laughton.

In the latter movie, Gargan was nominated for an Academy Award for Best Supporting Actor. He also experienced much success on the radio/television series, Martin Kane, where he played Kane, a private detective. According to the Internet Movie Database, he was one of few actors to play a private eye who had actually been one in real life.

The photos show Gargan and his wife, Mary, at Palm Springs’ own Our Lady of Solitude Church where they likely have just renewed their vows. The couple was first married in 1928 and remained together until Gargan’s death in 1979.

Gargan and his wife maintained a beautiful Spanish Colonial Revival home in the Old Las Palmas neighborhood for many years. Unfortunately, Gargan suffered throat cancer in the late 1950s, which ended his acting career.

He subsequently became a spokesperson for the American Cancer Society, warning of the dangers of smoking cigarettes by pleading with listeners through an artificial voice box.