Fabio Viviani admits that he didn’t enter the culinary world at age 11 in his native Florence, Italy, because he was especially passionate about cooking. “I just found a job in a bakery, baking pies, making bread. I took it to make a little money for myself and to help the family,” he says. “If I would have found a plumbing job, I would have been a plumber.”

Thankfully, he ended up on a career path that put him in front of the stove instead of under the sink — one that has transformed him into a celebrity (thanks in part to a notable stint on Top Chef), cookbook author, and head of a 15-restaurant empire — including Chicago’s Siena Tavern and Mercato locations in San Diego; Chicago; Cleveland; and Auburn Hills, Michigan — with several new venues in the pipeline.

We spoke with Viviani before his visit to Palm Desert Food & Wine about how he has adapted his cooking style to his American clientele, his favorite dish to make at home, and why he doesn’t believe in kids’ meals.

You were running some successful restaurants in Italy. Why did you pick up and move to the U.S. in 2005?
I decided to sell everything while we were at the height and take a year vacation in America. My vacation didn’t last. I moved to Ventura County, California. 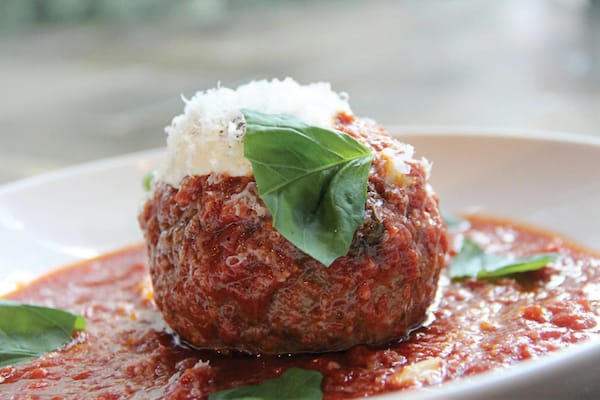 I got really passionate about the culture, the people, and the possibility for business, and I opened my first restaurant here. It’s a lot easier to create a business in the U.S. than in Italy. There’s a lot more opportunity.

Americans get a bad rap for fast food and the fact that we don’t make fresh, leisurely meals a priority, as Europeans do. Is that reputation justified?
The problem here is not necessarily the culture; the problem is the choices. In America, you guys have a lot of bad choices. If you’re hungry in America, and you’re driving in the middle of nowhere, probably there is a McDonald’s within a few miles. In Italy, if you’re driving in the middle of nowhere and you’re hungry, you’ve got to go home and cook yourself a meal.

Has your cooking style changed since moving here?
Not at all, actually. I just adapted the food I like to cook a little bit to the needs of people eating it here. I’ve put an American spin on Italian classics ... but not a whole lot of changes, because we’re very traditional. Our pizzas are a little bigger than they used to be, and we use tomatoes grown locally, and we add maybe a little more balsamic to certain dishes. We also cook the pasta three minutes longer here than in Italy.

What’s your favorite food city right now?
Chicago [where Viviani lives and operates five restaurants], 100 percent. I think it has the capability of delivering good food that New York and Las Vegas have — without the tourists and without the people who open restaurants without knowing what they’re doing and then ruin the food scene. It’s really hard to have a bad meal in Chicago.

Foodie culture has exploded in recent years. Is that a good thing?
I think it’s a very good thing. People are getting to know more about food. They’re getting to be knowledgeable, and they’re more attracted to it. It makes my life a little easier but also a little more complicated because now everybody is a foodie and now everybody is telling me how to do my job. But it’s OK; it’s part of the territory.

What’s your go-to meal to make at home?
Meatballs and fresh pasta and soup. I always make soup for my wife. It depends on the season. In summertime, we make chilled corn soup, gazpacho, cold chicken noodle. In wintertime, we make minestrone, bean soup, and Italian wedding soup. I love a good soup with meatballs.

Fresh pasta or dried?
I eat dried pasta all the time. But don’t get me wrong, I never miss a chance to make my own. And it’s very, very easy. On my web show, “Fabio’s Kitchen,” I show people how to make fresh pasta in three minutes. Really.

What’s the biggest mistake home cooks make?
People follow recipes too much. When you get into recipes and you try to follow it step by step, that’s when the process gets complicated. You’ve got to build your confidence before you build your competence. Try little things. Make tomato sauce. Make something easy and build from there.

You have a 2-year-old son. Does he eat like you do?
He eats everything, really. He’s a good eater. He doesn’t like everything, but he wants to try everything. He’s already had oysters, fish, and sushi. Forget kids’ meals. My kid eats whatever we eat. He’s too young to have a private chef.

Is there any food you don’t like?
I hate cilantro. Anything that has cilantro in it, you can throw it in the garbage. I’m not going to eat it. To me, if a sewer line could puke, that’s what it tastes like.