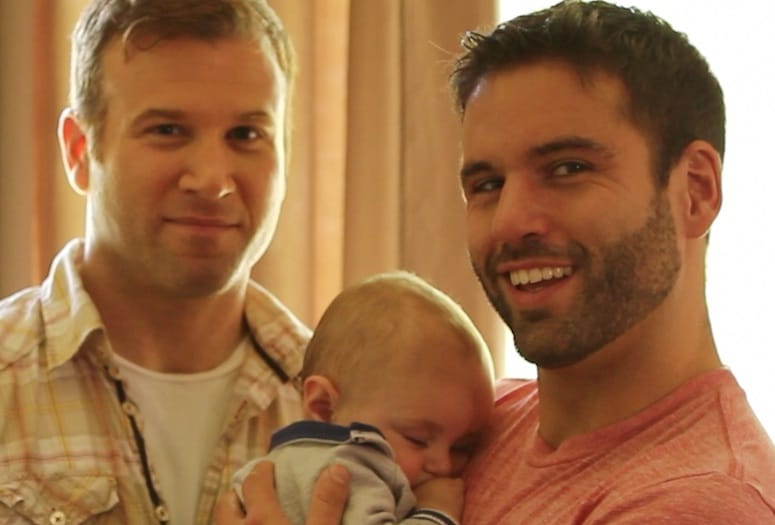 Strong attendance, a record number of screenings, and a ‘diverse’ selection of audience favorites brought the eighth annual edition of Cinema Diverse: The Palm Springs LGBTQ Film Festival to a close on Sept. 20.

Tops among the audience favorites was Better Half, a relative newcomer to the festival circuit that focuses on gay adoption, and the loss of a partner, which screened to a sold -out house, and From This Day Forward, a documentary by filmmaker Sharon Shattuck. The film seeks to unearth her biggest childhood mystery: how her transgender father Trisha and her straight-identified mother Marcia stayed together.

Short Films and New Media Selections had similar results when it came to audience approval ratings, with scores as high as 9.9 and 9.8 (out of 10.0) in both areas.

photo courtesy of from this daY forward

Director Sharon Shattuck focuses on her parents in the documentary, From This Day Forward.

Of the 31 feature films that were screened in 2015, 25 earned the Festival Favorite moniker. They include Better Half, From This Day Forward, She's The Best Thing In It, Upstairs Inferno, Godless, Liz in September, Seed Money: The Chuck Holmes Story, Those People, Winning Dad, Perfect Obedience, Reel in the Closet, The Cult of JT LeRoy, The Surface, Zen and the Art of Dying, Raven's Touch, Gazelle – The Love Issue, Paternity Leave, Hush Up Sweet Charlotte, Death in Buenos Aires, The Summer of Sangaile, Eisenstein in Guanajuato, Like You Mean It and Proxy.

Audiences selected 31 shorts as Festival Favorites. These include If We Took A Holiday, Reinventing the Reel, Pretty Boy, 11 Life Lessons From an Awesome Old Dyke, If You Could Only Be You, Barrio Boy, Scotty & Josh Get Enlightened, Britney-Holics Anonymous, Tomorrow, When Mom Visits, Closets, I Do, Dive, Physical Attraction, Don't Bring Scott, Better Man, TransJourney, Chance, The Standoff, hopefulROMANTIC, Perpetual, Tits, YOU. ME. BATHROOM. SEX. NOW., Queer Knitter in the Queen City, To Mum (Love, Me), More of Last Night, My Life in Dance, The Kite, Goodbye, Charlie, Ladies and Gentlemen: Phatima Rude and The Baby Cries.

New Media Selections also made it into Cinema Diverse's Festival Favorites Program this year. They include The Transgender Project, Where the Bears Are, Somewhere In Palm Springs, Digicom's Bullying Short, Wallflowers, The New Media Panel Discussion, Girls Like Girls, Day Drunk Gays, Producing Juliet, Proud To Love, I Like Myself, Mentor, Plus One, A Series Of Impossibilities, F to 7th, and Trailing.