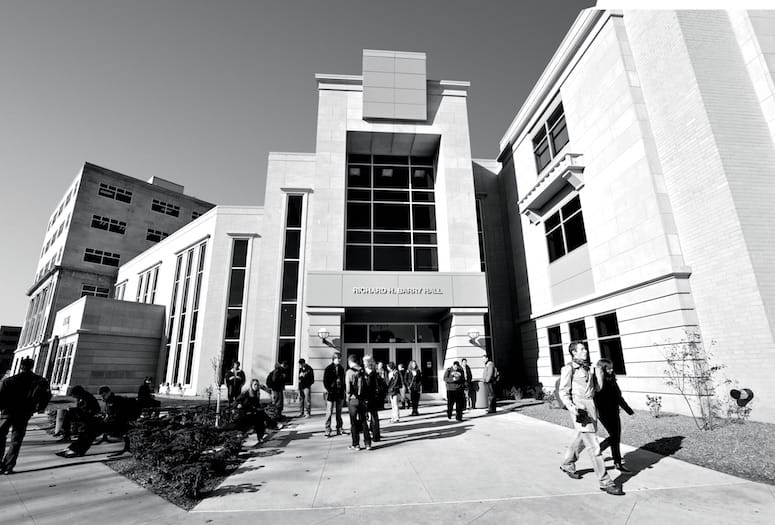 The year is 2034. The Coachella Valley celebrates its hard-earned, national recognition as an award-winning hub of technology and innovation. Even initial skeptics marvel at the diversification of the economy, the availability of high-paying jobs, and the influx of the young and highly educated sharing the rewards of this entrepreneurial renaissance.

Local leaders and organizations like Coachella Valley Economic Partnership have a winsome spirit. After all, they helped sow the seeds for this transformation. They stood steadfast, patiently confident that visionary actions set in place 15 years ago would stimulate business in the desert.

CVEP led the way in orchestrating steps crafted specifically for the valley’s unique attributes. To the surprise of many, the community that CVEP most wanted to mirror was Fargo, North Dakota.

When the first speaker at CVEP’s 2018 Greater Palm Springs Economic Summit was introduced, many in the audience looked confused. In his opening remarks, Dean Bresciani, president of North Dakota State University in Fargo, played on this puzzlement, proclaiming, “When you hear Fargo, your immediate reaction must be, ‘Wow, a place just like here!’” But the audience quickly learned similarities between the two regions.

Fargo has transformed itself into a 21st century technological and entrepreneurial hub and is frequently cited as one of the hottest towns in the nation for young people. Multiple media outlets (livability.com, CNBC, cnnmoney.com, nerdwallet.com, Forbes, Business Week, and more) have ranked Fargo among the best U.S. cities to live, work, and start a company.

At the same time, both communities struggle with the primary challenge of negative associations about their climates. Both enjoy great weather for eight months of the year. While eight months far exceeds favorable weather conditions in most of the country, outsiders seem to concentrate on the extremes (cold for Fargo and hot for the Coachella Valley).

In 2000, dedicated Fargo citizens set out to diversify and expand their city’s economy. To accomplish this, they focused on two central actions: advancing higher education and enhancing internet connectivity. They made plans to transform NDSU from a small, regional university to a nationally ranked, top 100 research university with a $156 million annual research expenditure. Enrollment climbed from 10,000 students in 2000 to 14,000 today.

These actions soon attracted a younger, educated, and connected workforce and drew the attention of national media, with Fargo cited in numerous articles like Business Insider’s “Forget New York — millennials are flocking to these 11 U.S. cities in droves.”

The economic renaissance in Fargo represents success in an unlikely place. CVEP has no doubt that the Coachella Valley can duplicate in California what Fargo citizens have done in North Dakota. Those who recognized early on that Fargo’s transformative actions would succeed reaped long-term rewards. With CVEP spearheading actions to similarly renew our economy, now is the time for businesses to get in on the ground floor of future success by locating and investing in our region.

Does reality lie behind all the hype and hyperbole about Fargo, North Dakota, being one of best places to live? Demographic data shows that it does. The city was the 17th-fastest-growing in the United States from 2010 to 2017, with a 15.3 percent increase
in population.

In 1980, 13.7 percent of Fargo residents held bachelor’s degrees. Now more than 27 percent do. And the economy has greatly diversified since 2000, with large gains in white-collar and professional employment.