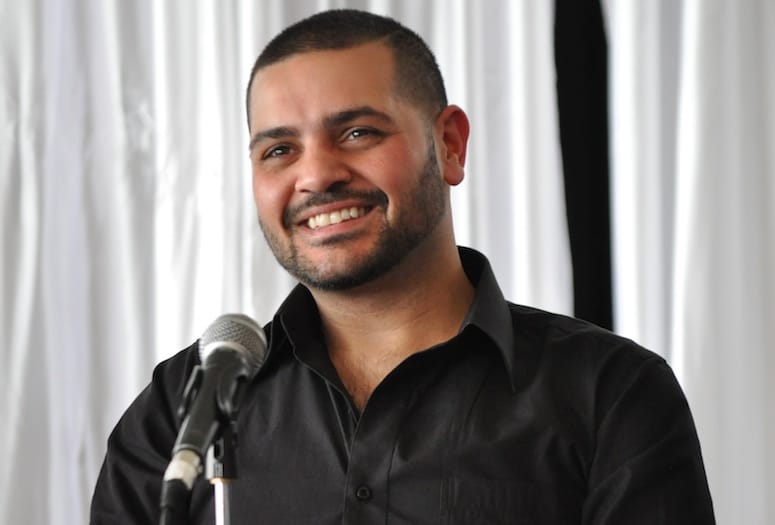 VIDEO: Michael Costello recalls the moment he was picked for Project Runway.

Michael Costello, who became a star after his appearance on Season 8 of Project Runway, knows a good thing when he sees it.

That's why he returns to his old stomping grounds year after year to help lead The Stars of Project Runway show at Fashion Week El Paseo. “It’s great to be back,” said Costello. “I love coming to this show.”

The former Palm Springs product has brought with him 10 designers who have appeared on the show either with him or from other seasons. Anthony Ryan Auld, Peach Carr, Casanova, Jesus Estrada and his twin brother Antonio, Mychael Knight, Justin LeBlanc, Valerie Mayen, Christopher Straub, and Kini Zamora will all present designs from their collections.

Costello has dressed some of the most famous entertainers in the world including Beyoncé, Lady Gaga, Kesha, Katy Perry, Jennifer Lopez, and, most recently Caitlyn Jenner. However, his grass roots approach to Fashion Week El Paseo is what makes him a star here.

“This is where I got my start,” said Costello. “I love what they are doing here.”

Adds Carr, “These shows are exciting for me. I got my big break when I was 50, so I am a little older than the rest, but not any less excited to be doing what I do.” Michael Costello speaks with Antonio Estrada while Jesus Estrada listens in during the press conference. Peach Carr from Project Runway Season 8 talks about what it was like to become a fashion designer at age 50. Justin LeBlanc said earning a spot on Project Runway was a chance to show how deaf people are capable of doing everything a hearing person can. Kini Zamora, who appeared on Season 13 of Project Runway, promises a fun collection to see. Project Runway Season 3 designer Mychael Knight made a recent move to Los Angeles where he hooked up with Michael Costello.