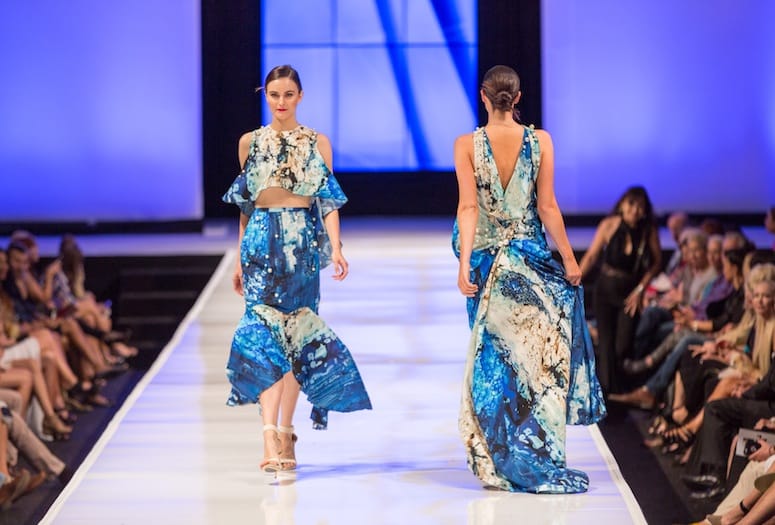 When I worked in Namibia in the late 1990s, my colleagues hailed from every region of Africa. Some wore the kanga (a long piece of cotton fabric with four sides and designs along the border), and men and women alike sported colorful printed dashikis that managed to look crisp in even the most un-air-conditioned meeting.

Red and yellow was a popular color combination, and my supervisor, from Cameroon, rocked a bright yellow and black dress printed with the face of her country’s most recent leader, complete with matching head wrap. Although I couldn’t see myself wearing a dress printed with Bill Clinton’s face on endless repeat, it was clear that these looks were designed for maximum impact and comfort in the scorching heat. In other words, make sure you stand out, but never let them see you sweat. My khaki pants from Express and button-up shirts from H&M didn’t fit the bill. A colleague finally took pity on me and gifted me with a kanga in a deep red hue with a blue and gold starburst pattern. I wore it for weeks at a time. I still have it. I told her that, as a redhead, I’d always been cautioned to avoid wearing red. “All the more reason to start wearing it now,” she suggested. Too right.

There is no such thing as “ethnic” fashion (making those popular Swatch rugby shirts from the 1980s that read, “The Natives Are Restless,” both offensive and incorrect), just fashion that springs from the unique lens through which its designers see – and make — the world. On April 7, a delighted and diverse crowd cheered on 10 debut designers from around the globe as they unveiled their collections, with inspirations ranging from the ubiquitous Alexanders (Wang and McQueen), to Chanel, Prada, Dior, and Galliano. Although each designer was educated at the Fashion Institute of Design and Merchandising (FIDM), their modern visions were a fusion of their unique backgrounds and individual inspirations, from origami to mermaids to the magic of a perfectly placed flower or pearl.

The looks by Los Angeles native Francisco Flores clearly reflect his background in theater, and although it’s hard to imagine wearing pants with FLORES written along the playful, wide-as-it-can get hem, perhaps it’s not so far-fetched, given that Michael Kors slaps his name on everything and nobody seems to mind. Beijing-born Sisi (Rychie) Zheng, inspired by Chinese paper design, worked with the interplay between structure and flow, taking stripes to a whole new level and highlighting the model’s form in ways that made her look sophisticated, slightly demure, and badass – a combination that made the crowd go wild. Francesca Lake, inspired by her British and Jamaican roots, also provided studies in contrasts, utilizing both chiffon and more structured silhouettes that made the wearers look both feminine and fierce.

The collection by Eniola Hundeyin, originally from Nigeria, felt both original and accessible if a bit safe, in flattering earth tones and wearable shapes. Kentucky native Alexandra Parel made a midriff top and full maxi skirt combination look possible, not just aspirational or appropriate only for the under 16 set. Danny Godoy, perhaps the most daring of the group, tapped into every woman’s inner show stopper, using faux fur and luxury fabrics to complement iconic design shapes from the 1940s and ‘50s, a terrific, if unexpected, combination. The draped charmeuse in Duston Jasso’s outfits was truly remarkable, as was his ability to make a woman shimmer as if she were wearing charmeuse, even in a more structured dress. Shae Lani, a former Marine from the other Valley (San Fernando), brought the funky on with clothes that suggested a quest, a lifestyle, and the opportunity for the models to showcase their street chic.

I was happy to see my favorite adopted color, red (also the Chinese color for luck), employed ingeniously by Beijing native Yongjian (Tomy) Huang, in looks flawlessly constructed, masking effort by looking effortless. The embroidery on Hannah Rock’s special occasion wear was exactly that – special – and it comes as no surprise that she intends to focus on custom wedding dresses. I wish she’d been in business two years ago when I was in the market for a wedding gown that was ornate and delicate without tipping into Disney princess territory. Although many new designers take seriously the notion of “dare to be different,” these FIDM students took calculated risks that resulted in clothes infused with artistry, not just shock value or completely unwearable weirdness. Although it’s true that you might not wear a black faux-leather jumpsuit that moves like water to your cousin’s wedding, or opt for a wedding dress that has an actual cage around it, you might wear it somewhere, someday. Each of these designers is aware that the occasional flight of fancy or fantasy, as well as accessibility, is what makes fashion fun and artistically relevant.

These 10 designers are true professionals – artists with clearly articulated visions. One of the most rewarding parts of the evening was watching the designer come out on the runway and take a bow at the end of each collection’s presentation, no doubt a culmination of hours of work, sweat, and tears. Full of gratitude and sporting massive smiles, they were the true standouts. The future of fashion is in excellent, hard-working hands. And nope, you couldn’t see them sweat.