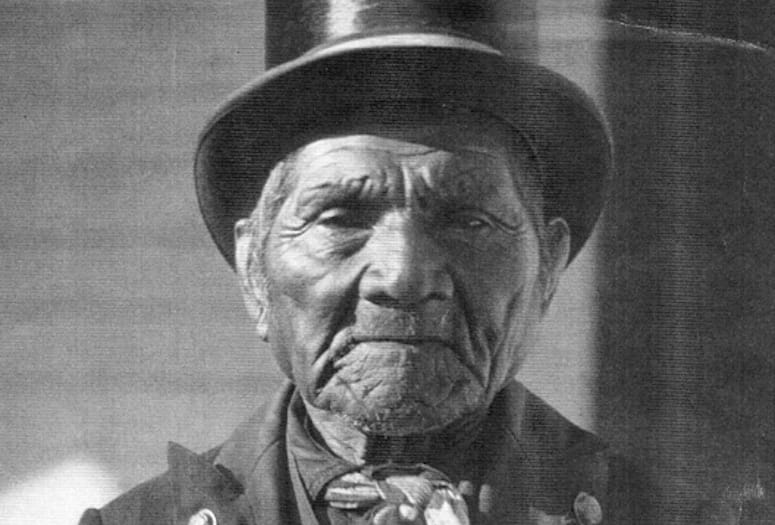 Fig Tree John, also known as Juanito Razon, was credited with planting the first fig tree in the Coachella Valley.

A member of the Torres Martinez Band of Cahuilla Indians, Razon was known to wear a silk top hat and a military coat. His haunting and elegant image makes it easy to understand why he inspired the young short-story writer Edwin Corle to pen an entire book about him.

Corle’s book, Fig Tree John, fictionalized the life of the peaceful Cahuilla, making him a renegade Apache with a violent grudge against all whites. When the novel was first published in the mid-1930s, those who remembered the real-life man were upset.

The last report of him appeared in the Los Angeles Times on Sept. 10, 1926, “A single link connected Riverside’s pioneer past with its modern present day when a monument to Louis Rubidoux and General Fremont, the first colonizers of this section, was unveiled at the site of the old American fort here. That link was Juan Razon, better known as Fig Tree John, 130 years of age, who 80 years ago served General Fremont as a scout during the Mexican war. Whether Fig Tree John, a Mission Indian, is really 130 years of age or not is impossible of substantiation…Garbed in an old blue uniform of the Union army, Fig Tree John stood out among the throng of Riversiders like a century-old oak growing in a grove of saplings.”

He died on April 11, 1927 on the Cahuilla reservation at Martinez.