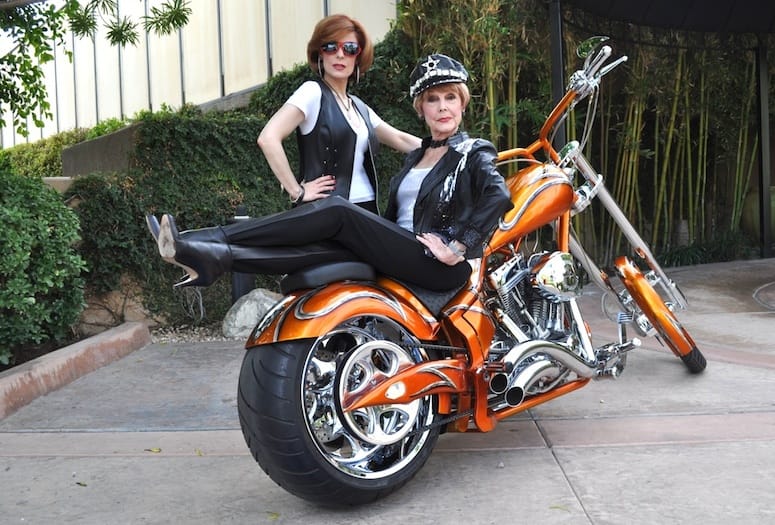 To mark the opening of the Cinerama Dome in November 1963, director Stanley Kramer's film, It's a Mad, Mad, Mad, Mad World premiered in Hollywood at the world's only concrete geodesic dome, according to Turner Classic Movies.

But the film's roots belong in the desert.

Stanley Kramer shot the film in the Coachella Valley, primarily in Palm Desert off Highway 74. He and his wife, Karen, were already living in Palm  Springs. The film was shot in the summer, but a greater challenge was trying to bring a collection of some of the era's great comedic minds to work in tandem in front of the camera.

"They were all trying to out do each other," Karen Kramer says. " A lot of the comedians had never acted before. They had done stand up. They didn't know this serious filmmaker was going to come in there. They thought , "How is he going to handle these guys?' Stanley can handle anyone. He had a wild sense of humor."

"I can't tell you the number of people who come up to me and tell me that is their favorite Stanley Kramer movie," Karen Kramer says.

The reason? "It's family entertainment, there is no bathroom humor, no dirty jokes," adds daughter Katharine 'Kat' Kramer. "It's just pure laughs and situations. Adults can take their kids to seem it, and it becomes a family classic that has lasted all these years."

President John Kennedy and First Lady Jacqueline were invited to the premiere, but had to pass due to preparations for a trip to Dallas. Bobbie and Edward Kennedy came instead. Following President Kennedy's assassination on Nov. 22, 1963, It's a Mad, Mad, Mad, Mad World played for 66 straight weeks, Karen says.

"It helped heal a nation," she says.

Stanley Kramer, who would have turned 100 this year, is being honored for his body of work with the Stanley Kramer Film Festival, which runs Nov. 15-17 at the Camelot Theatres in Palm Springs.

The festival opens with a pair of films Nov. 15 starting with The Defiant Ones at 2:30 p.m. followed by Guess Who's Coming to Dinner at 6:30 p.m. Nov. 16 has The Wild One and It's a Mad, Mad, Mad, Mad World, and closes Nov. 17 with The Caine Mutiny and The Judgment at Nuremberg.

However, this is not a one and done film festival, but the start of an annual gathering to screen films by directors of feature films and documentaries who push the envelope like Kramer did. This year's emerging artist award will be presented to director Del Shores, who was just in town in October for Cinema Diverse where Southern Baptist Sissies played.

VIDEO: Hear Karen Kramer and her daughter, Katherine "Kat" Kramer, reminisce about the late director Stanley Kramer, and the shooting of It's a Mad, Mad, Mad, Mad World.