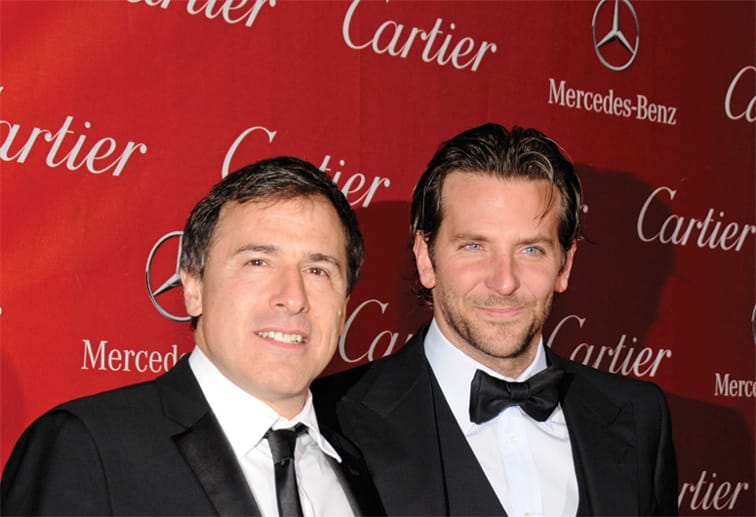 Audiences love the Palm Springs International Film Festival for its accessibility and casual vibe. Filmmakers love to attend because the fest serves as a top launchpad for new works. Now 25 years old, it’s become known as the festival that screens the most Oscar winners and the most submissions for best foreign film each year. With almost 200 films from more than 60 countries packed into 10 days, the choices can bewilder even experienced festivalgoers. Here are some tips to make the most of your time.

Pace yourself
Get the festival guide before you see a single movie and go through it to mark films that sound promising. Organize your picks by day and time, and check off your must-sees. Buy tickets for those musts right away, and leave some room in your days and nights to add films that are talked about as the festival goes on. Just for fun, surprise yourself and see one or two movies that you know will never come to the big screen.

Listen to the buzz
Films with second or third screenings tend to sell out fast, and some of these will gather momentum as the festival goes on. Talk to others in line at the theaters, and visit the PSIFF Lounge in the Courtyard next to the Regal Cinemas Palm Springs. Volunteers there keep their antennae out for audience favorites. This is also a good place to relax between screenings, buy tickets, and pick up festival merchandise.

Treat yourself to a ‘hot ticket’
Opening and closing night galas, screenings with filmmaker guests, and the Talking Pictures programs elevate the festival above a collection of movie screenings and give you a real feel for the excitement of the business. The stars, cast, and directors almost always attend the galas, and the Talking Pictures programs feature Oscar-caliber actors and directors in conversation with leading entertainment journalists. Each program includes a screening of their current hit film before or after the onstage conversation. Many of these change or are added at the last minute, so check the festival’s website for up-to-date details.

Pick a favorite refueling station Spencer’s, Sherman’s Deli, Lulu, and Cheeky’s are prime stops for breakfast. All offer fast, friendly service and consistently yummy choices. Sherman’s is also a fave for a quick nosh anytime during the day. Lunch and dinner hot spots include Spencer’s, Lulu, Trio, Kaiser Grille, the Chop House, Wang’s, and Tinto at The Saguaro. Most stay open after the last screenings.

Other regular festival stops include Jake’s, and Workshop Kitchen + Bar, in the nearby Uptown Design District, and Jiao and Birba in the Alejo/Palm Canyon area, near the Palm Canyon Theatre. Jake’s will also be running a pop-up café in the Courtyard near the Regal. Internationale Café & Bar is a good place for eats next to the Camelot Theatre, and the Muse Café at Palm Springs Art Museum will be open before most screenings at the Annenberg Theater. Café Cielo, on Palm Canyon, is the barista joint of choice.

New this year
Deja View is a special 25th-anniversary showcase of PSIFF discoveries and new talent introduced to American audiences over the life of the festival. It includes a selection of films that were launched here, won the Audience Award for most popular film, or won the Oscar for Best Foreign Language Film in their respective years. It also includes films by directors whose careers were launched when they premiered their first films here.

Star-sighting etiquette
The red carpet walk is the one place you’ll see screaming fans and photographers. For the rest of the festival, it’s best to follow the locals’ lead and — at the most — smile and nod respectfully. That’s always been the Palm Springs way with stars.

Dress code
“Festival comfort” is the rule of thumb for festival audiences. Dress in layers. Bring sunscreen and sunglasses for daytime lines, and a jacket for nights that are often surprisingly chilly. Plan to walk between theaters and wear comfortable shoes. Bring a bag for your film program, catalog, and any impulse buys you can’t resist along the way.

During the festival, tickets are sold one hour before the first film of the day is scheduled and a half-hour after the last show starts, at Camelot Theatres, Palm Springs High School, Annenberg Theater, and Palm Canyon Theatre. Information: www.psfilmfest.org

Parties and gala screenings
Hosted in honor of the different gala screenings, the Ciné Latino section, Contemporary World Cinema Showcase, and LGBT films, each requires a separate ticket, available in advance at all festival ticket outlets. The festival website, www.psfilmfest.org, has locations and admission info. Pick at least one to get a real “insider” feeling and a chance to meet directors and cast members.

On the red carpet
The exclusive film festival Awards Gala showers recognition on some of the most high-powered stars of the moment. Join the crowd outside and cheer your favorites as they walk the red carpet at the Palm Springs Convention Center on Jan. 4. Get there by 2:30 p.m. to score a spot — celebrity arrivals begin around 5:30 p.m.

On the street
The Palm Springs Walk of Stars, started in 1992, now has more than 350 golden stars honoring those who have contributed, by their presence, to the “charm, worldwide prominence and name recognition of Greater Palm Springs.” Find these stars sprinkled on the sidewalks of Palm Canyon Drive, Tahquitz Canyon Way, and Museum Drive. palmspringswalkofstars.com

Around the neighborhood
Book a star tour and get a narrated drive-by at the former homes of the city’s most well-loved celebs, including Frank Sinatra, Elvis, and Liberace. Palm Springs Celebrity Tours, 760-770-2700; thecelebritytour.com. The Best of the Best Tours, 760-320-1365; thebestofthebesttours.com