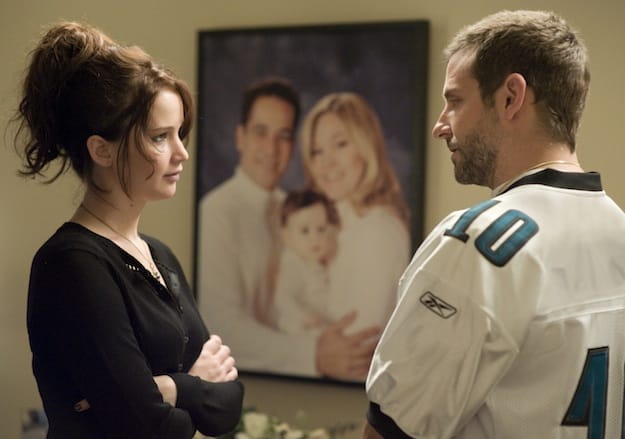 Bradley Cooper, who has created Oscar buzz with his performance in the film, Silver Linings Playbook, will be honored with the Desert Palm Achievement Award for acting at the 24th annual Palm Springs International Film Festival Awards Gala on Jan. 5 at the Palm Springs Convention Center.

“Bradley Cooper is just one of the many silver linings in David O. Russell’s enjoyable film Silver Linings Playbook,” said Festival Chairman Harold Matzner. “Cooper’s portrayal of Pat Solution is a career best performance and has audiences rooting for him despite the challenges he faces throughout the film.”

Silver Linings Playbook is a family drama, comedy and love story based on the bestselling novel by Matthew Quick, written and directed by David O. Russell. Cooper, who plays Pat Solution, has lost everything — his house, his job, and his wife. He now finds himself living back with his mother and after spending eight months in a state institution on a plea bargain. Pat is determined to rebuild his life, remain positive and reunite with his wife, despite the challenging circumstances of their separation.

When Pat meets Tiffany, a mysterious girl with problems of her own, things get complicated. Tiffany offers to help Pat reconnect with his wife, but only if he'll do something very important for her in return. As their deal plays out, an unexpected bond begins to form between them, and silver linings appear in both of their lives. Cooper served as an executive producer on the film, which also stars Robert Deniro, Jennifer Lawrence, Robert Demuro, Jackie Weaver, Anuran Khmer and Chris Tucker.

Cooper received Best Actor from the National Board of Review and is nominated for a Best Male Lead Independent Spirit Award. His film credits include The Hangover, The Hangover Part II, Limitless, The A-Team, New York I Love You, He’s Just Not That Into You, All About Steve, Yes Man, Wedding Crashers and Wet Hot American Summer. His upcoming film projects scheduled for release in 2013 include The Hangover Part III, The Place Beyond the Pines and Serena.