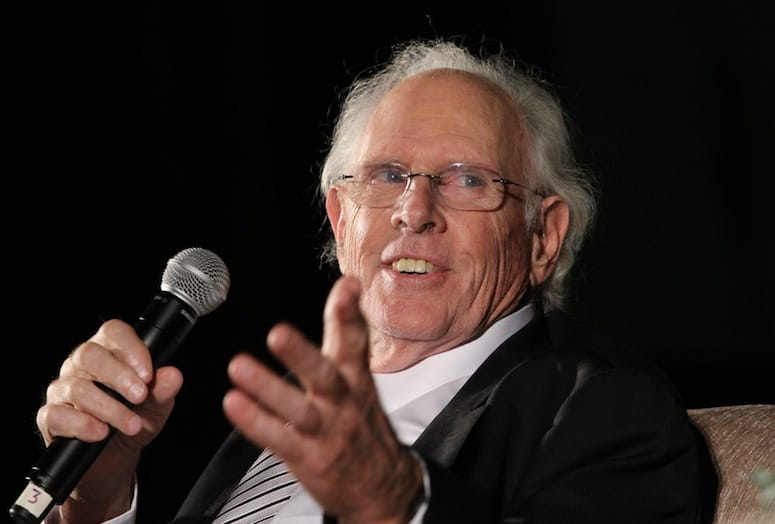 Dern joins honorees Sandra Bullock and Matthew McConaughey, who will be honored with actress and actor awards, respectively. The Festival runs January 3-13, 2014.

“Bruce Dern is truly a one of a kind performer,” said Festival Chairman Harold Matzner.  “His skill at capturing the essence of a character, no matter how complex or unorthodox, is unique and unparalleled. In more than 80 feature films, this talent is vividly reflected in such classic roles as the deranged pilot plotting a mass attack in Bloody Sunday, or the scarred Vietnam vet who returns home to find his wife embroiled in an affair with another man in Coming Home.”

Nebraska, directed by Alexander Payne and starring Dern, who won Best Actor at the Cannes Film Festival earlier this year, also casts Will Forte, June Squibb, Stacy Keach and Bob Odenkirk. In the film, a father and son steer the American road comedy into a vanishing Midwest on the trail of a dubious fortune – and in search of an understanding of each other that once seemed impossible.

After receiving a sweepstakes letter in the mail, a cantankerous father (Dern) thinks he’s struck it rich, and wrangles his son (Forte) into taking a road trip to claim the fortune. Shot in black and white across four states, Nebraska tells the stories of family life in the heartland of America.

Dern’s other film credits include Wild River, Wild Angels, They Shoot Horses, Don’t They?, Drive, He Said, The Cowboys, The King of Marvin Gardens, The Great Gatsby, Coming Home, Monster, Twixt, Django Unchained, Hush…Hush, Sweet Charlotte, Silent Running, Smile, Middle Age Crazy, That Championship Season, Tattoo, The ‘Burbs, The Haunting, All The Pretty Horses, Masked and Anonymous, Down in the Valley, Astronaut Farmer, The Cake Eaters, After Dark My Sweet, Harry Tracy, On the Edge, Laughing Policeman, Posse, Black Sunday and The Driver.