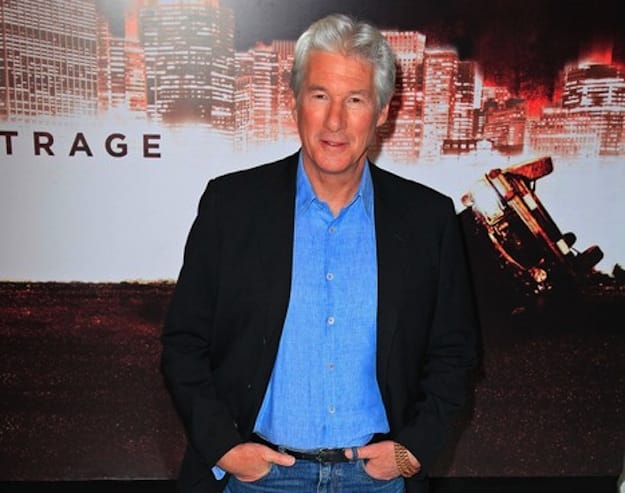 Richard Gere has been selected to receive the Chairman Award at the Palm Springs International Film Festival Gala Awards on Jan. 5.
starpulse.com

Past recipients of the Chairman’s Award include Ben Affleck, George Clooney, Dustin Hoffman and Nicole Kidman.

“Throughout his career Richard Gere has established himself as an accomplished actor and producer and yet still finds time to support crucial cultural and humanitarian causes,” said Festival chairman Harold Matzner. “Over the years we’ve seen Mr. Gere in many memorable roles, however with Arbitrage, he turns in one of his strongest career performances to date, bringing to life a hedge-fund magnate whose world is upended amid personal and professional turmoil that threatens to spiral wildly out of his control."

In "Arbitrage", Gere plays New York hedge-fund magnate Robert Miller, who on the eve of his 60th birthday is desperate to complete the sale of his trading empire and makes an error that forces him to turn to an unlikely person for help. The film is written and directed by Nicholas Jarecki and also stars Susan Sarandon, Tim Roth, Brit Marling, Laetitia Casta and Nate Parker. Gere has already received a Golden Globe nomination for Best Performance by an Actor in a Motion Picture – Drama.

Gere is known for his diversity of roles, from his Golden Globe winning performance in Chicago to the critically acclaimed Pretty Women, An Officer and a Gentleman, American Gigolo, and Primal Fear. His other film credits include Amelia, Brooklyn's Finest, Nights in Rodanthe, I’m Not There, The Hoax, The Hunting Party, Shall We Dance, Bee Season, Unfaithful, The Mothman Prophecies, Looking Mr. Goodbar, Blood Brothers, Breathless, Beyond the Limit, The Cotton Club, Power, No Mercy, Yanks, Looking, Miles From Home, Internal Affairs, Runaway Bride and Dr. T and the Women.

Gere’s motion picture debut was the Oscar-honored Days of Heaven, where he received the Italian equivalent of the Academy Award.