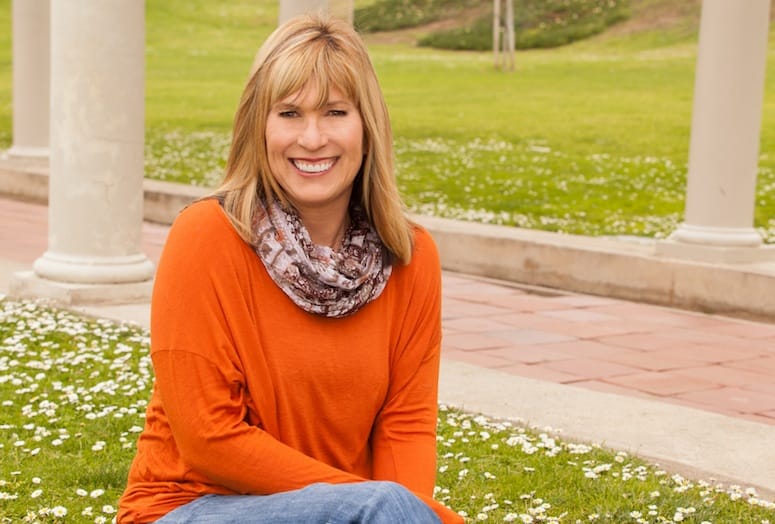 But as Meyerson’s knowledge of Sanlo’s story grew, so did the seed of intention. She began reading excerpts of Sanlo’s memoir The Purple Golf Cart: The Misadventures of a Lesbian Grandma. “I thought maybe there was a movie in there,” Meyerson says during a phone interview from Los Angeles. “You have this woman grappling to finally be happy who innocently shares with her husband that she’s a lesbian, and her whole world crumbles. Then she takes this tragedy and uses it to turn her life around.” The filmmaker approached Sanlo  — a part-time desert resident— during 2012 AmDocs, where Meyerson was screening the world premiere of her film I Stand Corrected, and pitched the idea of documenting Sanlo’s life. “We started filming on location in Florida later that summer,” she recalls.

Meyerson admits she struggled during the initial days of filming with how to effectively tell the story. “How am I going to make this movie without it feeling like a history lesson? That was the challenge for me,” she says. On the flight back to Los Angeles, Meyerson finished Sanlo’s memoir and cried when she read the chapter “Letter to Anita.” “This was the movie I wanted to make. The letter tells it all.”

Ronni Sanlo wrote the letter to Anita Bryant as a cathartic exercise. “For years, I harbored a tremendous amount of anger about the loss of custody of my children,” she explains. “After going to CoDA [Codependents Anonymous] and working with my therapist, I knew that I needed to release the fury if I had any intention of moving forward in an emotionally healthy way. I blamed Anita Bryant, an easy and impersonal target, for much of the pain I had experienced, and I needed to let that go.”

Using the letter as the vehicle to chronicle Sanlo’s struggles helped shape the film’s direction, and Meyerson decided it might work best if someone else told the story. She contacted Meredith Baxter [of Family Ties fame] and the actress came on board. “But I wanted Meredith to be more than a narrator,” Meyerson recalls. She wanted her to understand the raw bleed of emotion Sanlo experienced, so Meyerson integrated Baxter into the story.

“For me, the film became about motherhood — the story of one mother who thought she was doing right by taking kids away from gays and lesbians, a mother severely affected by that decision, then told through the eyes of an iconic TV mother, who also had motherhood issues in her private life,” Meyerson explains. “So it became this triangle of mothers and the diverse roads they took.”

After three days of intensive on-camera interviews with Sanlo, the film’s storyboard began to gel. “I tend to interview subjects until they’re exhausted,” Meyerson says of her process. “They pour out their hearts and that becomes my script. I watch the footage and decide how I’m going to move forward.”

As a filmmaker, Meyerson wanted to honor her subject. “But I was so angry with Anita Bryant,” she recalls. “I knew who she was, but didn’t fully realize the impact of her actions. I had to put my feelings aside and respect what was important to Ronni, and that was the message of forgiveness.”

Documenting Sanlo’s transition from distraught parent to noted LGBT activist to a loving grandmother who rekindled relationships with both her children has positively impacted viewers since hitting the festival circuit last June.

“When people — gay or straight — see Letter to Anita they’re appalled by what Ronni had to go though,” Meyerson says. “Even younger viewers, who weren’t born yet, are outraged by the injustice of Anita Byrant’s anti-gay agenda. That’s the goal of any film: How many lives can you touch? How many minds can you change? How many people can you enlighten?”

Meyerson also learned a lesson about herself during the project. “I’ve always believed in the power of forgiveness,” she says. “But for something so life-changing as Ronni’s story, it was a difficult concept. It all comes right around, however, when [Ronnie] says in the film that she’s grateful for Anita. And I got it. We are a better community for forgiving rather than being fueled by bitterness and hate.”