Fireplaces Give Off a Reassuring Radiance to a Desert Home 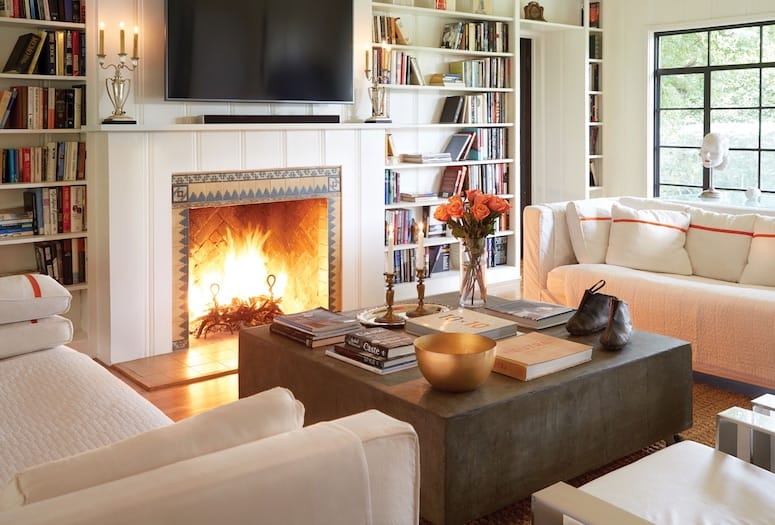 Deco-style tile surrounds the fireplace in the living room, where the coffee table is one of Rocky Rochon's designs.
PHOTOGRAPHS BY STEPHEN SCHAUER

Before the built-in bookcases and humble fireplaces inside one of the original Movie Colony homes warmed Rocky Rochon’s heart, the interior designer was in a contingent contract on a midcentury property by architect Donald Wexler. Now, as he basks in the comforting glow of his home built in 1935, Rochon feels only gratitude toward the cash buyer who bought the Wexler out from under him.

“I was driving by and this was open,” Rochon recalls. “I peeked in and fell in love.” The historic architecture, inviting energy, and bright spaces born of large windows and French doors won him over. Natural light sources are a nonnegotiable feature in his homes and those he designs for others.

“We’re kind of being robbed of warm light,” notes Rochon, who is based in Seattle and has an eponymous furniture showroom in West Hollywood. “LED has gotten better, but it does not have the vibrancy and depth that sunlight, candlelight, and fire do. With the world changing everything to LED, I think candles and a fire are a great antidote.”

On cold desert nights and lazy winter days, the key to fireside living, he says, is striking often and at unexpected moments — day or night, whether gathering or alone. “Anytime you light a fire, you change the ambiance,” Rochon says. “It’s the same with lighting candles.” His beach house in the Pacific Northwest incorporates a 14-foot wall of candles, and a penthouse he recently completed for a client in Seattle surprises guests with a blazing fire pit set flush into the entryway’s stone floor.

His Movie Colony home suffers none of that shadowy darkness that challenges many Spanish Colonials. And when the fireplaces are lit, a reassuring radiance fills the living and family rooms.

“Everyone has gone through this isolation, and culturally we’re feeling separate,” Rochon says of the importance of crackling fires and flickering candlelight. “We wouldn’t have been able to go through this last year without technology, but the flip side is that the human spirit wants to return to nature. People want more nature and romance, and that includes a fireplace.” 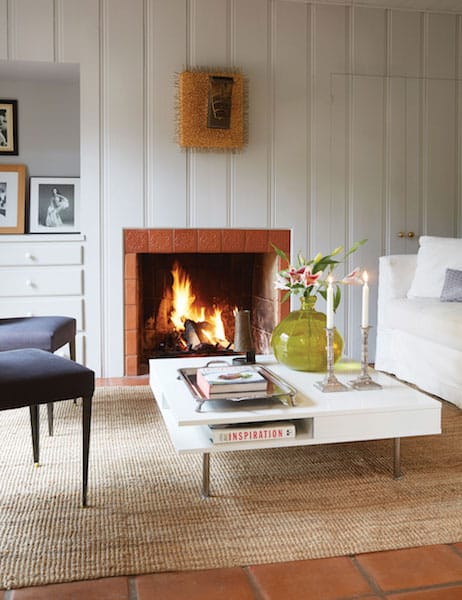 Terracotta tile tops the hearthless fireplace in the family room.

READ NEXT: Check Out Palm Springs Architecture Through a View-Master.