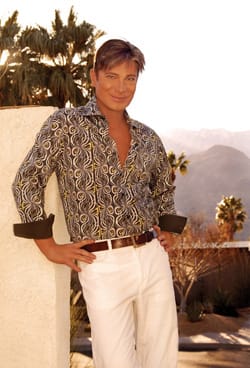 America’s Next Top Model and other star-making reality shows expand opportunities for predators and scam artists, as well as hopeful teens. William Squire and Laura Boulay, authors of The Model’s Workbook, have heard plenty of horror stories while teaching young people how the modeling business works.

“There are 750 known predators right now that have a MySpace site,” Squire says, referring to the most popular teen networking Web site. “I called every major agency that I know around the world and asked, ‘You don’t advertise looking for models on MySpace, do you?’ I thought maybe things had changed. Everyone of them said, ‘Definitely, no, we do not do that.’”

Last fall, Squire and Boulay posted a safety survey on their own Web site (www.modelsworkbook.com) to gather more information, checked on photography and modeling offers on the Internet, and decided to take the warnings they’ve been offering to aspiring models to larger groups of young people. They have spoken at high schools across the country, including in Hawaii. Locally, they called on La Quinta, Palm Springs, and Cathedral City high schools.

“We feel we have been very lucky,” says Squire, who has a home in Palm Springs. “We are trying to do something to help.” Veterans of the modeling business, Squire and Boulay say the following should raise concerns:

Additionally, Squire and Boulay discourage teens from sending photographs and money to anyone from a Web site. Rather they suggest asking for a photographer’s references, contacting the Screen Actors Guild to check if an agent is registered, and avoiding in-person meetings with someone who advertises for models on the Internet.

Though one piece of advice is often met with groans, Squire says they continue to stress it: “Always talk to your parents about it.