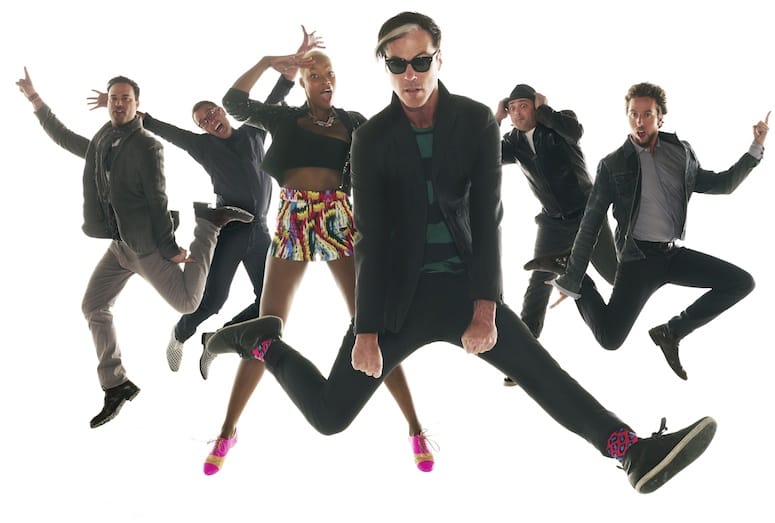 It was the first year he came to the festival as more than just a music fan. As he stepped out onto the main stage with his bandmates and looked around the massive crowds of people, he took the moment in slowly.

Fans screamed. Fitz & The Tantrums began to play “Money Grabber” and Karnes knew he was living his dream.

Headlining this year’s second annual Tachevah Block Party in the heart of downtown Palm Springs April 16, Fitz & the Tantrums will help usher in new bands into the musical spotlight. Admission is free.

Joining Fitz & The Tantrums at Tachevah is Los Angeles electronic duo Classix, plus local performers CIVX from Cathedral City, The Yip-Yops from La Quinta and ONE11 from Palm Desert, who each were picked by a panel of judges from an audition held in March at the Hard Rock Hotel Palm Springs.

Prior to the release of their first album, Fitz & The Tantrums toured with Maroon 5, Flogging Molly and Sharon Jones & the Dap-Kings. Karnes reflects how “supportive [they were] in the beginning stages of our career.”

As their shooting star continues to rise, Karnes took time out of his busy tour schedule to discuss their new album, new sound, and give advice on what it takes to make it in the music world with Palm Springs Life.

When you headline a show, do you mingle with the upcoming bands and give them tips or talk music?

“We always like to mingle with the other bands at festivals or the openers on our tours. We're fans of music and also know how tough the music business can be. I think we all need to look out for each other out on the road, and if there's ever any advice we can share with an upcoming band we are happy to. We like to treat people like we want to be treated, which is welcomed.  As for up and coming bands, this year we've had the fortune to tour with bands like Beat Club, The Colourist, Hunter Hunted, Ivy Levan and Saints of Valory as openers, and we have a great relationship with all of them.”

"Money Grabber" was a huge hit for you, as was your first album, did you feel pressure about writing your new song, "Out of My League", and did it feel triumphant when it hit No. 1?

“There's always a bit of pressure to record a sophomore record, especially if your first record made any kind of impact, which ours fortunately did. But you have to put that on the back burner as much as you can and just write the best songs you can. We definitely took a lot of chances on our second record sonically and we were really hoping that our fans would come on the journey with us. When "Out of My League" hit No. 1, it did feel triumphant. It meant that the chances we took ultimately resonated with our fans and helped us make new ones.”

"More Than Just a Dream" doesn't seem to have as much R&B/soul feel of your earlier work, do you see yourself growing in a different musical direction?

“With this new record we really wanted to push our own boundaries and let even more influences into our sound, as we all collectively listen to so many different kinds of music. I think we will always keep an element of the R&B/soul feel in our sound, but we also want to be able to make whatever kind of music we want to. With this record we really wanted to add more colors, such as synthesizers, to our sound so we let that happen. Ultimately we just want the songs we write to dictate what they need, without having to limit ourselves.”

What is your favorite song to perform live on this tour and why?

If you could share one bit of wisdom about the music biz with an upcoming band, what would it be?

“Do it because you love it, because it's a tough business. Make sure it's your total passion, and if it is, never stop trying to improve. And know the business side of things and ask questions at every turn.”