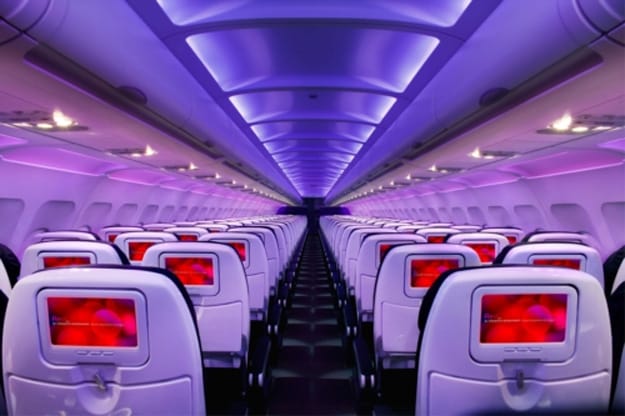 Add another example of why passengers at Palm Springs International Airport are so eager to make their reservations of Virgin America Airlines:  non-stop flights from New York City.

Introductory fares will go for $149.

"Since entering the Palm Springs market, we’ve seen strong demand for our unique flight service.  We’re pleased to be expanding in the market and offering a new nonstop option for travelers coming from New York to the desert this winter," said John MacLeod, Senior Vice President of Planning and Sales at Virgin America.

As an airline,Virgin does well in attracting passengers.

As an ambassador to the city of Palm Springs, Virgin's wingspan outstretches its competition.

Just weeks after launching its service into Palm Springs, an airline spokesperson said Virgin America partnered with the Palm Springs International Film Festival as a premier sponsor.  In April 2012, the airline ramped up service during the Coachella Music Festival and hosted unique events for festival goers, including a flight with a live DJ spinning from the back of the plane.

And it's not just the "hometown feel" that passengers enjoy.

The Red platform offers guests their own seatback touch-screen TV, with 25 films, live TV, Google Maps, videogames, seat-to-seat chat, music videos, a 4000 song library and an on-demand menu – so passengers can order a cocktail or snack from their seatback any time during a flight.

Now, our friends in the snowy east coast will enjoy those amenities on their way to a place that doesn't see a temperature much above or below 70 degrees during the winter months.

When they go home, connections are just a flight away to cities, including Boston, Philadelphia,  Fort Lauderdale and Washington D.C.