Food for Thought: 'The Mercury Factor' Benefits from New Title 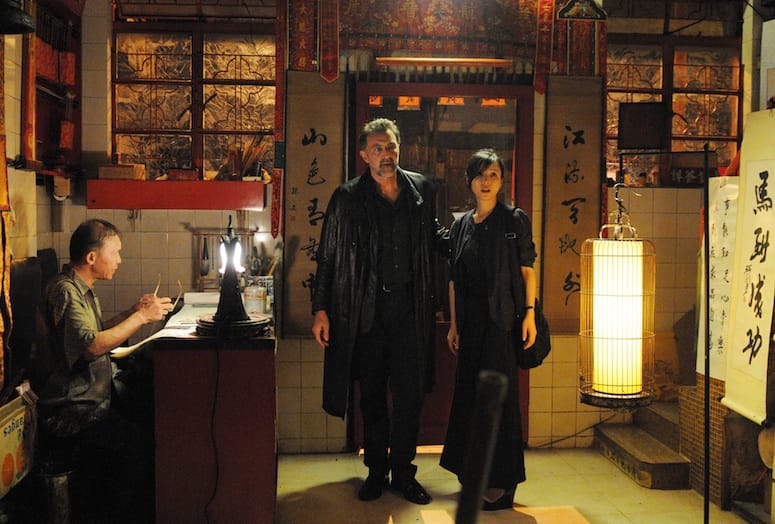 Luca Barbareschi admits he’s lousy with picking titles for the movies he has directed.

So he wasn’t surprised when American producers suggested changing the title of his film slated to make its U.S. premiere today (Jan. 3) on the opening day of the 25th annual Palm Springs International Film Festival, which runs through Jan. 13.

“They thought Something Good was misleading because there was another movie by the same name that was a comedy,” says Barbareschi, who will be in attendance for the premiere. “Mercury is the name of the ship that caries all of this filthy food. I think it’s a good title. It presents the film more as a thriller.”

Given the film’s synopsis, you’ll understand why the initial title didn’t translate well. The Mercury Factor focuses on the issue of trafficking adulterated foods with a fact-based story as a backdrop of a Chinese mother (played by Jingchu Zhang) whose young son dies from tainted food. She eventually meets and falls for Matteo (played by Barbareschi), who is a high-power player in the adulterated food underworld and ultimately responsible for her son’s death.

This is Barbareschi’s first English film, but not the first time he’s been to Palm Springs.

“I was there 10 years ago,” Barbareschi says. “It was very beautiful.  I love dry weather. So either Morocco or Palm Springs is when I feel the best. My bones feel much better.”

“It’s a movie about responsibility. There is a nice moment in the movie when the bad guy admits his mistake. What I’ve noticed in watching movies the past 20-30 years is that the bad guy always blames someone or something in the past.”

What will American audiences relate to in the film?

“The issue is very solid – the topic of food security. There was an interesting book that came out called Salt, Sugar and Fat by Michael Moss that won a Pulitzer Prize on the subject of adulterated food. I felt the content is very sensitive. What we eat is what we are. Food is part of our culture as well. Americans are very attentive to what is happening in this issue.”

Did you originally intend to be in the film or did you consider finding someone to play Matteo?

“I wanted someone to play the lead because it was a huge effort to direct and produce and everything, but honestly, I couldn’t afford it. I wanted to do a movie in English, even if it’s a European character with an accent. I didn’t have the money to afford a big international star. Among the Italian stars, none of them speak English. Now, thinking backwards, it’s one of the biggest handicaps of the movie because I have a movie that looks like an American movie, but without an American star.”

What has been the reaction in China to the movie? Have you had to let them know this is not a movie targeting China as much as the issue of adulterated foods?

“I wrote the movie based on a true story. My character really existed. They busted him a couple of years ago, and some of the crew from China were sentenced to death last July. It’s all about the melamine in milk in 2008  – it was one of the biggest scandals in China. A Chinese company has made an offer to show the movie, so we’ll see. This is not a movie against China. It’s a movie against a crook, and bad people in that food business. We just had a screening in Hong Kong, and they liked it very much. We did a screening in Rome attended by the Chinese ambassador and Chinese consulate, and they liked it.”

You recently served in the Italian Parliament for five years. Was that a help in making the film?

“The fact that I have been a politician for five years was only a pain in the ass in my life. I met Alec Baldwin on the set of a movie and he said he wanted to become a politician some day, and I told him not to make the worst mistake in his life. I did it because at 52, I had produced and acted in hundreds of movies and I thought I could be helpful. Power and art are two movements that work in different ways. The only good thing was while I was a politician, I had access to a lot of information, so I worked with the head of Italian intelligence and he gave me a lot of material about this issue. I realized the amount of money involved in food poisoning is above drugs now. This was really shocking. We’re talking about hundreds of millions of dollars a year.”