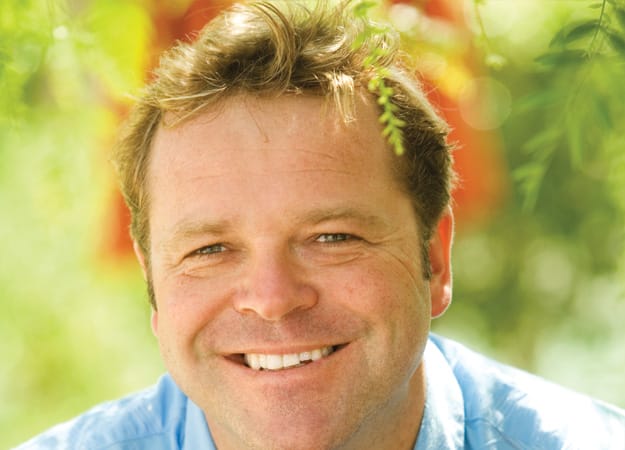 In This Video – Andrew Copley, Executive Chef/Owner Copley's on Palm Canyon prepares a summer barbeque menu of filet of beef, using a herb, garlic and ginger marinade. Served with a mix green salad with asparagus, romano and citrus dresing.

Andrew Manion Copley has 20 years of culinary experience in five star establishments. He received his culinary degree from the Westminster Culinary College in London. He honed his culinary skills and obtained valuable operational experience while working at the esteemed Savoy and Park Lane Hotels in London. Chef Andrew’s culinary skills in fine dining were a valuable asset as chef in the formal dining room on the luxurious ocean liner, the Queen Elizabeth 2 (QE2).

In 1994, Chef Copley was recruited to the Grand Hyatt on the Sunshine Coast in Australia. With Chef Andrew on board, the hotel received the Petrees Award for #1 restaurant in the State, an award they would win for three consecutive years.

Copley’s innovative style in creative contemporary American cuisine was just what was needed to take on the responsibility in 1999 as the Executive Chef at the Lodge at Koele, on the island of Lanai, Hawaii. Andrew quickly received awards for the #1 restaurant in Hawaii for 3 consecutive years and #3 resort restaurant in the world.

Andrew relocated to the Coachella Valley in December 2003 to open his own restaurant with his wife and Business Manager, Juliana Manion-Copley and Restaurant Manager, Greg Butterfield. After several months of searching, they found the perfect Palm Springs location, in a rustic-chic cottage, once the home of Cary Grant. Set inside a torch-lined garden, Copley’s on Palm Canyon is a lively restaurant yet, with a casually romantic atmosphere and décor. According to the New York Times and Los Angeles Times, Copley’s On Palm Canyon is the hottest restaurant in town.