American FootGolf League Grows in Popularity in the Desert 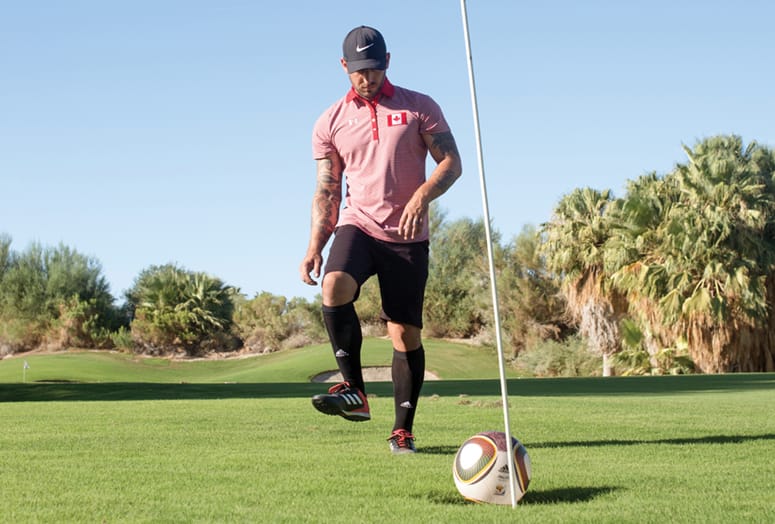 Greater Palm Springs has long been known for its impressive golf scene. With its otherworldly landscape, ideal weather, and courses designed by greats such as Pete Dye, Jack Nicklaus, and Arnold Palmer, it’s easy to see the appeal. However, these days golf is not the only game played out on the links. Since the 2011 inception of the American FootGolf League (AFGL), the sport has seen an ever-growing presence on the desert’s greens.

Originated in Europe, footgolf is exactly what it sounds like: It’s played on a golf course but uses a soccer ball in place of a golf ball, your leg as the “club,” and, obviously, much larger holes.

“I first learned about it surfing TV and came across a show from Argentina featuring footgolf,” recalls Roberto Balestrini, founder and chairman of the AFGL. He and wife Laura Balestrini, AFGL president, reside in Indian Wells. “Golf has seen a loss in popularity among millennials due to high costs and [perceived] lack of fun. Footgolf provides a solution to both issues. It’s more affordable and a whole lot of fun. It’s the best of both sports in one.”

Nikko DeTranquilli, sporting director and captain of the national Canadian footgolf team and a Palm Springs resident, had a similar reaction. When injury prevented him from going pro with soccer, he thought his relationship with a soccer ball would become purely recreational. But after a game of footgolf in Palm Springs, DeTranquilli realized he had stumbled upon an entirely new world. Next month he and other top-ranked hopefuls will be heading to the World Cup in Marrakech.

“The challenge is addictive,” DeTranquilli says. “Although being a former soccer player does have its advantages, I’ve had to question and restructure everything I’ve learned about striking a ball. Power, precision, positivity, and practice are key.”

“Desert Willow maintains excellent fairways and greens throughout the entire year and offers a taste of what to expect from a course during AFGL season,” DeTranquilli says. “Tahquitz Creek Golf Resort has spectacular views of the surrounding mountains and offers footgolf at great rates.” The Lights at Indio Golf Course is another of DeTranquilli’s favorites. “You can play day or night. It’s lit in the evenings, which allows you to play in the cooler hours. That’s a plus for the desert.”

Get Your Game On

Reserve a tee time, as you would for a round of golf, at these courses sanctioned by the AFGL and read the rules of the game at footgolf.us. 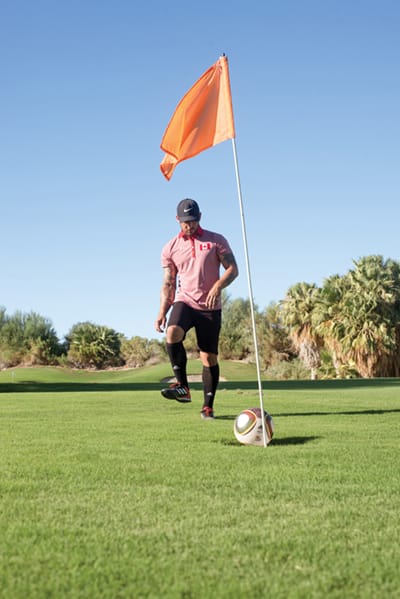