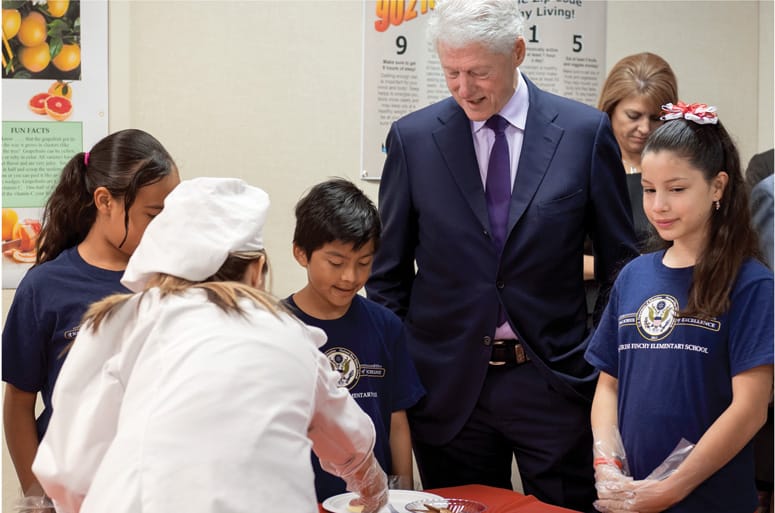 When it comes to giving back, Greater Palm Springs rings up the A-list. Stars eagerly come out for desert events — from galas to golf tournaments — that benefit important causes.

The area boasts more than 1,000 charities and nonprofits seeking to heal, educate, enlighten, and inspire. Many do it in the giving spirit created here as early as the 1960s, when Bob and Dolores Hope, Frank and Barbara Sinatra, and Walter and Leonore Annenberg forged the area’s commitment to philanthropy.

The Hopes helped to fund Eisenhower Medical Center with the annual Bob Hope Classic golf tournament (now the Humana Challenge in partnership with the Clinton Foundation). The event has raised more than $52 million to date for the medical center, and helped support more than 190 local charities.

The Annenbergs, whose lifetime donations exceeded $2 billion globally, bequeathed their Rancho Mirage estate, Sunnylands, to the public, in addition to supporting the Annenberg Theater at Palm Springs Art Museum, the Annenberg Center for Health Sciences, and the Walter and Leonore Annenberg Pavilion at Eisenhower Medical Center. Their former residence now features the Sunnylands Center & Gardens, open free of charge to the public.

The H.N. and Frances C. Berger Foundation recently funded a new technology lab for the Boys & Girls Club of Cathedral City, in addition to 148 grants totalling $5.2 million in 2012 to promote education, health, and social services.

Earlier this year, Cyndi Lauper performed at the annual Evening Under the Stars for AIDS Assistance Program, and received the organization’s Arts and Activism Award. Jesse Tyler Ferguson of Modern Family hosted the Steve Chase Humanitarian Awards to benefit Desert AIDS Project. Barry Manilow’s “Gift of Love” concerts, benefiting 25 local charities, and Michael Childers’ star-studded “One Night Only,” benefiting Jewish Family Service of the Desert, demonstrate the entertainment industry’s love and passion for the desert. In February, Bernadette Peters will perform at the “Stepping Out for COD” benefit for College of the Desert Foundation.

In 2013, the Galen Family Foundation pledged $1.5 million for a new performing arts center and theater at Rancho Mirage High School, and established an endowment for performing arts.

The impact of this donation will be immediate, says Robert Stearns of ArtsOasis, an initiative of the Coachella Valley Economic Partnership that promotes the visibility and growth of the creative arts and design communities.

“This is a conservatory-level facility that will draw students from all over Southern California and beyond,” Stearns says.