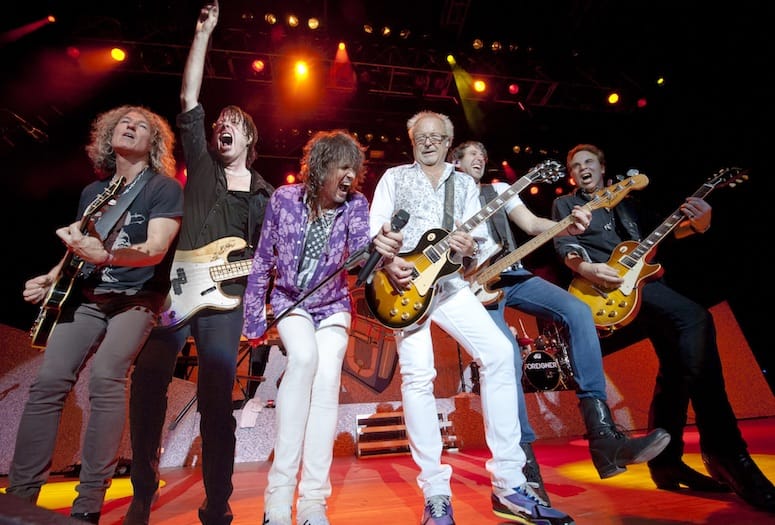 Mick Jones knew early on that he could never hold a “real job.” A guitar, yes. And he wasn’t that bad with crafting an original tune, either.

In the 1970s, Jones’ genius would be instrumental in launching Foreigner, the celebrated English-American rock band that managed to combine blues and R&B with British Rock and actually make it sound authentic. Eventually, the group’s Grammy-nominated song catalog included smash hits like “Juke Box Hero”, “Cold As Ice”, “Hot Blooded”, “Waiting For A Girl Like You”, “Feels Like The First Time” and the heroic “I Want To Know What Love Is.”

Double Vision is part of four, rare special events this year that unite original and new Foreigner band members. In a sweet turn, the Rancho Mirage High School choir performs alongside the band locally on their classic hit, “I Want To Know What Love Is.” (Foreigner will donate $500 to the choir for appearing with the band and the choir will sell Foreigner CDs at the concert to raise monies for Foreigner’s charity partner, The Grammy Foundation, which fuels music education in high schools.)

The valley gets to experience all of you — current band members plus the original band members. What does that feel like onstage?

We’ve done a number of those shows over the span of the year and the audiences seem to be very happy to experience this. There were a few thoughts at the beginning where we thought it might be awkward but it’s really turned to a great experience. I get a big kick out of it, and Lou Gramm is also really into it. 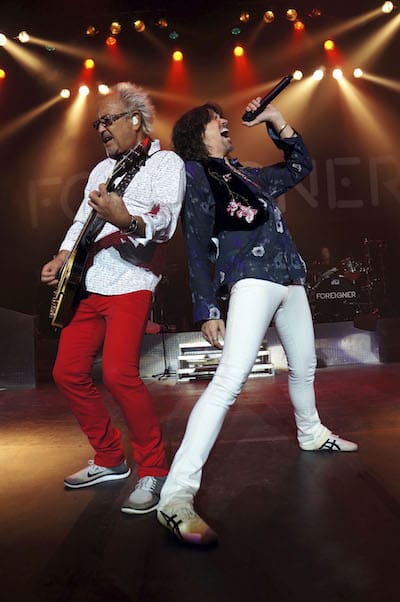 What was your initial vision for Foreigner back in the 1970s?

Wow. What a long time ago. I started the process by writing songs. I didn’t quite know what I was going to do with those songs and wasn’t sure where it was going to lead. The songs had a feel of what I wanted to express and the style I wanted to pursue. At the time we were competing face to face with the punk movement and then we realized that we weren’t going to be competing with them so much as we were going to compete with ourselves. We were trying to find room in the music community.

If had a magic formula I would do that every day. I think it’s because those songs were heartfelt when we recorded them. We tried to really convey that feeling and also rely on our sense of faith. Above all, we worked very hard and dug down very deep. And I think that, in the end, has really paid off.

What do you see as one of the biggest changes in music industry since you all came on the scene some 40 years ago?

Tough one. There’s been such a glut of what I would call, “temporary music.” Today, social media plays a big part, almost more than the music. There’s been a lack of vision from record companies. They get a band and they do an EP or put out four songs and if those songs don’t stick, the band or artist is history. There’s no such thing as artist development. It doesn’t happen any more, which used to be an important thing in the business. 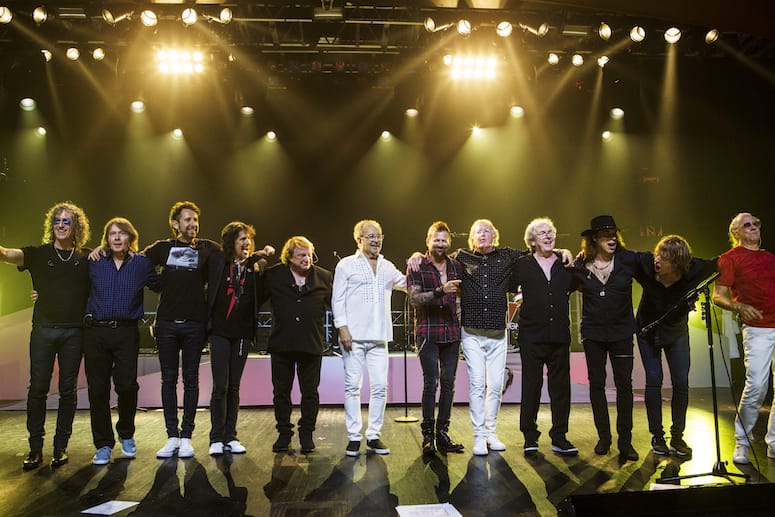 Forigner takes a bow after a tour uniting old and new members of the band. Mick Jones is in the middle (white shirt) and to his left is original lead singer Lou Gramm.

What do you love most about what you do?

The freedom; being my own boss. It allows me to live a pretty good life. And I respect that and I try to represent the band for what it really is. It’s a band that has a lot of soul in it. I think people relate to that. We were a little unpredictable, but still original. We were true to our tastes.

The song goes: “I want to know what love is.” After all this time, do you?

[Laughs] Well, in the song, love is really meant to be a kind of universal spirit. It’s about appreciating what love is and what love can do. It originally started out as more of a romantic song but gradually, it became more about universal love and love of life, and about what love can do to hopefully change the world. Although sometimes, it seems a bit of a losing battle at the moment.

Sometimes. But love will win, right?

That’s what I think.

For tickets and more information on other shows at Agua Caliente Resort Spa, visit hotwatercasino.com or call 888-999-1995.