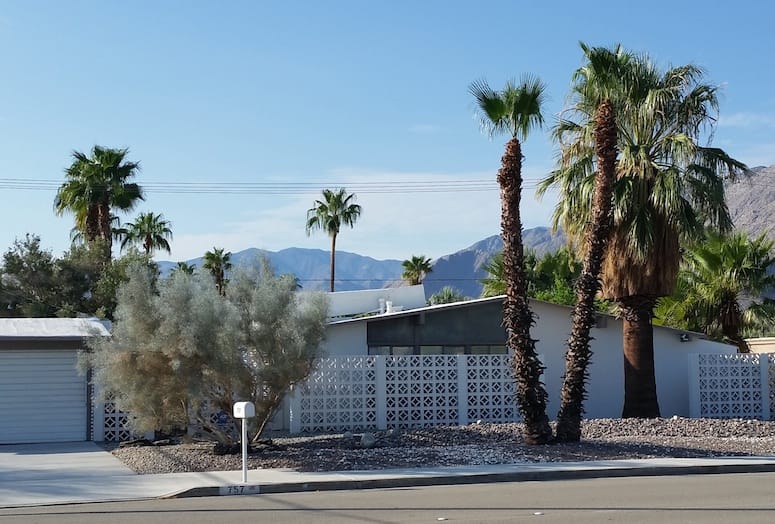 The force is strong in Palm Springs.

Just ask Carrie Fisher, who played in this Palm Springs home that her mother, Debbie Reynolds, bought in 1963 for her parents, Raymond and Maxine Reynolds. Fisher, who will reprise her role as Princess Leia on Dec. 18 in Star Wars: The Force Awakens, would play at the house with her brother, Todd Fisher, according to Eric Meeks, a Palm Springs realtor and media relations specialist.

Carrie and Todd were only ages 7 and 5, respectively, when the home was purchased by Harry Karl, who was married to Reynolds at the time he used her money to purchase the Racquet Club Estates home. The three bedroom, two bath house at 757 E. Racquet Club Drive, was designed by William Krisel and built by the Alexander Construction Company.

Reynolds' parents loved to escape to the home from Los Angeles and the grandkids enjoyed the swimming pool. They eventually took over the house in the 1970s after Reynolds and Karl went through a separation. Karl was a heavy gambler and coupled with some bad financial decisions had spent his own $22 million fortune and Debbie's $10 million. By the time they separated, the couple was headed for bankruptcy and $12 million in debt.

Forward to 1987, and Debbie's father passed away, but not before upgrading the home with new plumbing and adding a workroom for his tools and hobbies. Her mother required greater care and wanted to be closer to Reynolds' home in Hollywood, so Debbie helped her mother sell the home.

In 2004, Debbie was given a star on the Palm Springs Walk of Fame. In 2013, she played Liberace's mother in the HBO film, Behind the Candelabra, which was partly shot in Palm Springs. Full view of the pool area. Pool view looking back at house.

Front view of the home.