You Make Me Laugh is a love song to Gilda Radner with Francesca Amari’s intimate storytelling, a hilarous sing-along, and plenty of music and laughter.
PHOTOGRAPHS COURTESY FRANCESCA AMARI

Francesca Amari was a freshman in high school when she fell for Gilda Radner. She wasn’t alone. Radner won the hearts of America as one of the Not Ready For Primetime Players on NBC’s Saturday Night (its original name) when it was in its infancy. There were a few similarities between the two: both were born in Michigan, both were of Jewish descent, and both were performers. Amari felt an immediate kinship with Radner, and her strong physical resemblance to the SNL actor did not go unnoticed by anyone who met her.

She had been acting and singing from a young age, but Amari began to take it seriously when she began to appear on the stage professionally in the 1990s. It was during a trip to New York that she found a new medium that would change her focus entirely. "I went to see Barbara Brussell’s show Is There Life After High School, and I was captivated by the art form of cabaret. That became my thing." She went all in. She took classes, worked at perfecting the craft, and when she finally felt she was ready to write her own show, Radner was at the forefront of her mind.

Her director, she recalls, said “not so fast.” “He suggested I don't start out with it, because from then on everybody would always associate me with Gilda Radner. He said I needed to establish my name first." So she did just that. She wrote other successful shows, toured, and continued making her name.

On Jan. 19, Amari will perform her tribute to Radner, You Make Me Laugh (accompanied by Wayne Abravanel) at a fundraiser for Temple Isaiah's Twice Blessed LGBT program. The program arranges informational and entertaining events that generally have a Jewish component. Amari's show is the first big fundraiser Twice Blessed has ever had.

Amari began to put the show together initially in 2010. She reached out to her teacher and mentor, Andrea Marcovicci to direct the show she was creating about Radner. "[Marcovicci] is sort of the epitome of all cabaret in the country. She is a master teacher, and a master performer," Amari says, calling Marcovicci "the queen of cabaret." Marcovicci declined but offered to work with Amari conceptualizing and writing the show. 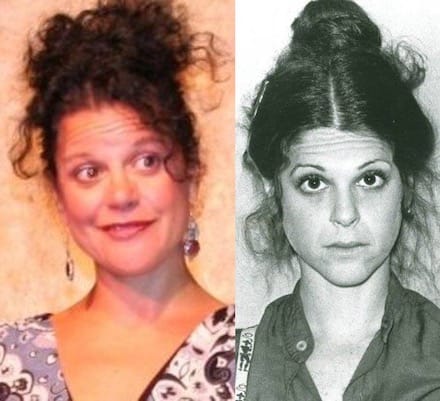 Francesca Amari felt an immediate kinship with Gilda Radner, and her strong physical resemblance to the SNL actor did not go unnoticed by anyone who met her.

With the exception of her Barbara Walters' character, Radner never did impressions, and neither does Amari. Although she recreates some of Radner's famous characters, she does not take on the persona of Radner herself. You Make Me Laugh is a love song to Radner with Amari’s intimate storytelling, a hilarous sing-along, and plenty of music and laughter.

The show made its debut in 2011 at Gilda's Club in Grand Rapids, Michigan, where they were having their first Gilda's LaughFest. "It's now an annual event,” Amari says, “where they bring in major comedians and it's like a 10-day festival of comedy and music."

Since then, Amari has performed You Make Me Laugh at some of the best cabaret rooms in New York, Chicago, Los Angeles, and San Diego. The in-demand show was the opening act at the Joshua Tree International Improvisation festival in 2018, which is where Jonathan Goldman of Temple Isaiah's Twice Blessed program first saw it. "It's a fun, wonderful performance. And it's got multimedia," something Amari recently added after meeting Lisa D'Appolito, the director of the documentary, Love, Gilda. D'Appolito got Amari permission from Radner's brother to use some of the family's media.

Losing Radner to cancer at such a young age was not only a devastating blow to everyone who loved her, but also to the world of comedy. In her book, she wrote, "I wanted a perfect ending. Now I've learned, the hard way, that some poems don't rhyme, and some stories don't have a clear beginning, middle, and end." 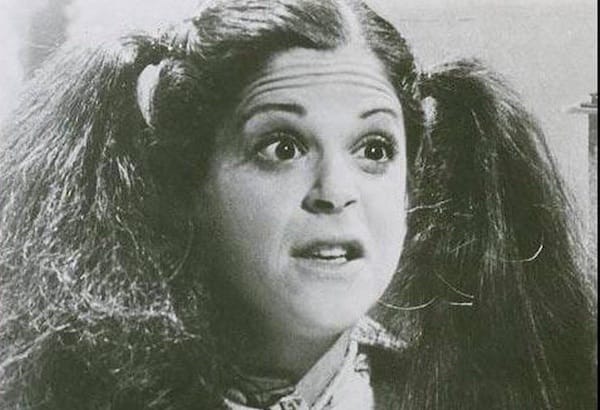 Radner’s story ended way too soon, but she still makes people laugh, and through many different mediums, including Amari’s cabaret show, she lives on. And really, isn’t that the perfect ending?