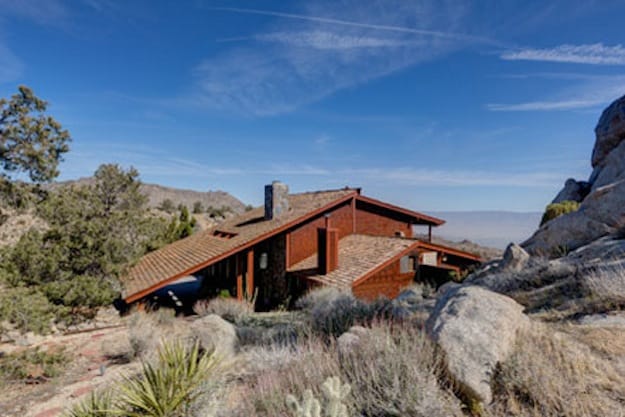 First it was the Bob Hope house in Palm Springs.

The late actor’s Villa Maggio estate that looks down upon the Coachella Valley is on the market for $3.995 million, according to a listing by Crosby Doe Associates. The house has been on and off the market over a number of years and the most recent was a year ago, according to Matt Berkley of Crosby Doe.

Sinatra had Villa Maggio built in 1967 for $1.9 million at 70300 San Lorenzo in Mountain Center, sitting just off Pines to Palms Highway from Palm Desert’s El Paseo shops. The 10-acre property is located on the eastern border of the San Bernardino National Forest.

Villa Maggio was named after the character Private Angelo Maggio that Sinatra played in the movie, “From Here to Eternity”. He owned the property for 12 years, using it for his own personal use and also hosting members of the "Rat Pack", socialites and dignitaries, according to realtor.com.

According to Crosby Doe, Villa Maggio was donated to Loyola Marymount University, but in 1992 they sold it to private owners after Sinatra's death. The current owner has held the house for 16 years.