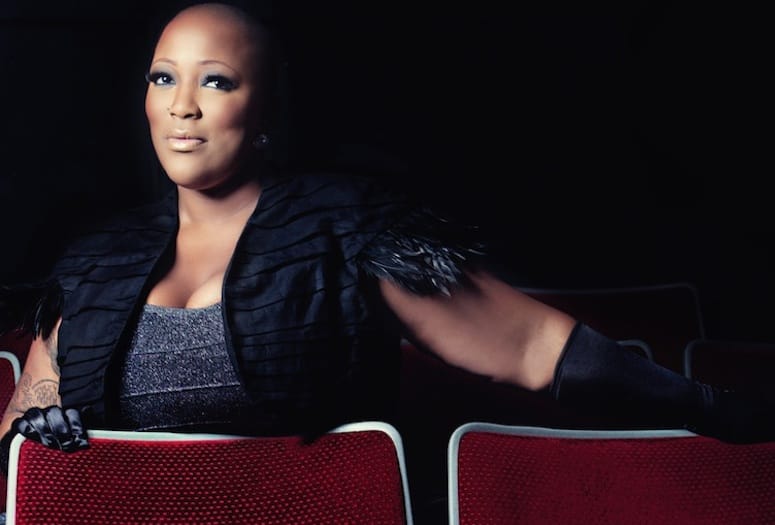 During her run on “The Voice”, Frenchie Davis couldn’t understand why judge Christina Aguilera kept giving her dance songs to sing.

She had heard that advice before: "Girl, you need to do dance music."

She still wasn’t convinced, reasoning those types of songs didn’t really show off her voice particularly for a singing competition.

But the numbers didn’t lie.

“Every song I did on the show charted in the top 3 on the iTunes dance charts,” Davis recalls. “So I thought to myself, ‘Well, there may be something to this dance music thing’."

She contacted friend/songwriter Janice Robinson, who had also been a vocal supporter of Davis singing a dance song. Robinson let her hear a song she had written called “Love’s Got a Hold on Me”.

Davis recorded it and attendees to The Center Stage Gala Oct. 30 at the Palm Springs Convention Center can expect to hear it, in a mix of songs Davis describes as “Broadway meets Brittney”. She will be joined by emcee and comedian Alec Mapa of AMC's Showville.

“They'll hear Broadway stuff and they'll hear a lot of pop songs that have been, we call them Broadway interpretations of pop songs,’ Davis says. “It's like a hybrid of musical theater with pop songs spanning a number of decades. That's probably the best way to describe it.” Between her appearance on “The Voice” and the second season of “American Idol”, Davis gained a spot on the national stage. However, she believes her greatest growth has come in musical theater with a four-year stint in the cast of “Rent” and a Grammy nomination as part of the cast of “Ain’t Misbehavin’”.

During a break from writing a term paper, Davis, 34, answered a few more questions from palmspringslife.com. She will graduate from Howard University next May.

Do you have a favorite place to stay or hang out when you’re here?
“Not particularly. I mean I just love the feel of the community as a whole. It's so quaint, but it's quaint without being boring. That's what I love about Palm Springs.”

Why is it important for you to perform at the Center Stage Gala?
“I think the most important reason is because they invited me to. Hello? I been in this business long enough to know that you don't say no when people want to pay you to sing. So (laughing) that is part of it. Also, it's a fundraiser for Center Stage and I love the theater so much. Anything I can do to help support local theater I would gladly do. So I'm excited.”

Did your sexual orientation develope over time or did you know much earlier in your life?
“I've know my whole life, and so does my family and friends. Even though it's not something that was public knowledge, the people close to me were always well aware of it. I came out to my mom when I was 16 years old. So, I've always known this about myself and in a perfect world, it really wouldn't be anyone’s business unless I was sleeping with them. As long as we live in a world where there has to be a conversation about someone's sexuality, then that means that those of us who are members of the LGBT community, I think we have, it may not be a fair expectation, but I think that we do have a responsibility to stand up and say this is who I am. I won't apologize for it, and I won't allow close-minded people with the heteronormative perspective on life to bully me into lying or giving ambiguous answers about who I am.” Do you remember what was the first song you ever learned to sing?
“I want to say ‘Get Here If You Can’ by Oleta Adams. I think I sang that with my school choir when I was in seventh grade.”

Musical influences?
“This is my list: Ella (Fitzgerald), Diana (Ross), Aretha (Franklin), Whitney (Houston), Sylvester (James), and Freddie Mercury. It doesn't get any better than that. Period. The best voices ever.”

You’ve landed parts in a couple of movies. Do you have a new film coming out?
“Yes. An independent film that we actually filmed about a year or two ago. I did it with Carl Reiner and Tom Arnold. It's called Dumbbells, and we just got a theatrical distribution deal, so that will be coming out some time after the New Year.”

I've seen pictures of you with hair or being bald. Do you have a preference?
“I go back and forth between the two, but I prefer short hair. It's easier. The bald look just gradually happened, and I got bored with having to deal with all the blond because my hair grows really fast. I was literally dying my hair once a week. Even when I was wearing it bald, which is why I decided to let it grow out some, it was getting to the point to where I had to shave it every three days. It grows so fast that I have to change it up because it will start to annoy me.”