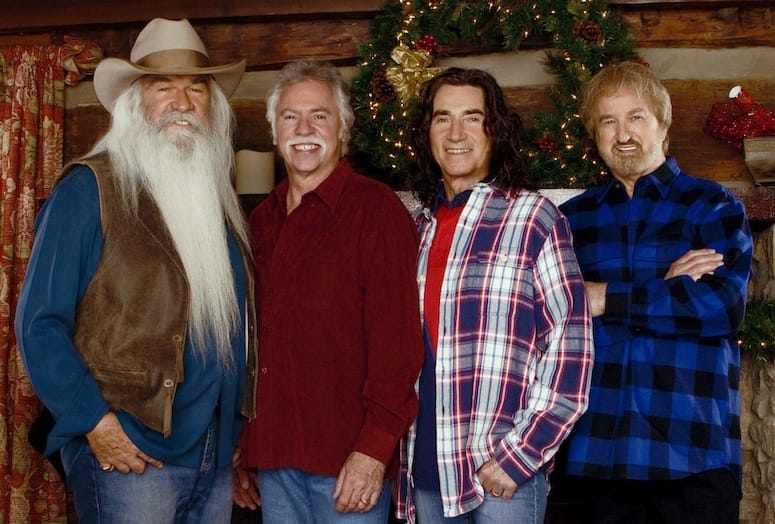 This year marks the 24th year for the Oak Ridge Boys’ Christmas Tour.

Even more mind-boggling, this is the quartet’s 40th anniversary.

Fourty years ago, William Lee Golden joined the group in 1973 just a year ahead of Richard Sterban, who made the decision to leave a backup singing gig with Elvis Presley.

“I made a decision that changed my life,” Sterban says recently from his cell phone, traveling in the tour bus to their next destination in Billings, Mont. The Oak Ridge Boys will play Dec. 14 at Spotlight 29 Casino in Coachella.

Sterban chronicled that point in his life among many others in a biography he released in 2012 called “From Elvis to Elvira: My Life on Stage”.

“My original intention was to write a book about Elvis,” Sterban says, who sang with J.D. Sumner and the Stamps Quartet for more than a year behind Elvis. “But once I got into it, I realized there was more of the story to tell.”

Sterban took a few minutes to answer some questions from Palm Springs Life.

How far back does your Christmas caroling go?
“I used to go out and sing Christmas carols with the youth group in my church, so I started a tradition really early. When I was in college, I went to Trenton State College (now The College of New Jersey), we had a group called the Carolers, and we would go dorm to dorm and sing. To get into the Carolers group, you had to be a music major and studying voice. So there were a lot of good voices in that group and I wasn’t one of them.”

What did you find the most challenging in writing your own biography?
“One of the things that surprised me was I had trouble remembering some of the stories. What we had to do, (writer Steven Robinson) and I both, called a lot of my friends who were around during that period of time. We interviewed them, took what they remembered and what I remembered, and tried to make the book as historically accurate as we could. I think we did a good job.”

What is the key to the Oak Ridge Boys’ longevity?
“Over the years, we have developed a friendship that is second to none. We have become the very best of friends. We’ve also developed a special respect for each other – as men, each other’s talents and we all realized a long time ago, we need each other. We are a true team.”

How do you keep your voice stage-ready at 70?
The most important thing is take care of yourself. The older we have all gotten, rest is the major thing. If you get the rest, the voice should do what it’s suppose to do. I’m not trying to sound like I’m a Boy Scout. Back in our earlier days, we did some wild things. Some nights I didn’t go to sleep and partied too long, but believe me, those days are over. I’m too old for that (laughs).”