Editor's Note: Full Psycle will conduct a soft opening June 22-28 with free rides slated from 7 a.m. to 6 p.m., and an official grand opening on June 29 featuring raffes, giveaways, plus food and beverages all day. An initial free ride is being offered during the soft opening. Visit fullpsycle.com to book a ride.

Eighteen months before her 50th birthday, Cheryl Idell decided not to age gracefully. She set a goal to be stronger, more in tune with her body, and more fit than she had ever been. She wanted to wake up on her 50th feeling great about herself.

The problem was, she didn’t like big-box gyms or exercise. But she had to start somewhere. Her brand spanking new trainer asked, “What are your fitness goals?” Cheryl replied, “I want to want to be here. I want to crave fitness.” That’s a pretty tall order, especially for someone who watched the gym rats swarm the Soul Cycle across the street from her West Hollywood office and wondered, “What’s up with that?”

She stuck to her plan, did Pilates and yoga, but was still missing her prime directive, changing the way she felt about fitness. Curiosity finally led her to give spinning a whirl. But Cheryl did not become a gym rat that day; she became a spin rat. “It changed my life,” she says. “It's something you can do at any fitness level. It's completely low impact and you can cycle at any age — from 10 until you're 80 or more.” Cheryl became so addicted, she bought her own spin bike for the days when getting to class was impossible.

That is part one of the story. Part two goes like this: Cheryl and her husband, Irv, have always loved everything Palm Springs. The architecture, the people, and the homey small-town feel. Not to mention it was close enough to Los Angeles that, after a weekend of fun, Cheryl could return to LA for her job as head of U.S. vertical measurement for Snapchat. 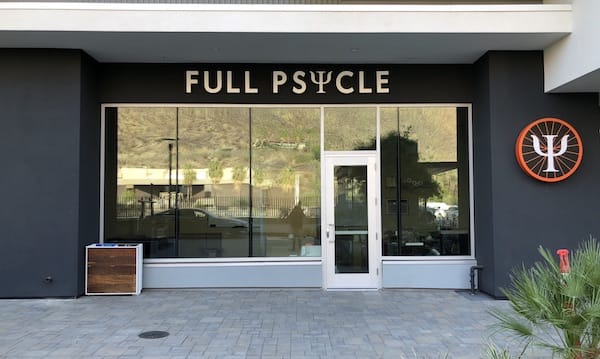 When the opportunity arose to buy their midcentury modern rental home in the historical neighborhood of Sunmor, they jumped at the chance. They spent their weekends soaking up all that Palm Springs goodness while trying to figure out how they could make life here more permanent. When looking for a local spin class, Cheryl and Irv realized that the Coachella Valley had a dearth of spin options. And that’s where the peanut butter meets the chocolate. Why not open a spin studio in Palm Springs?

Cheryl was a big fan of the Full Psycle franchise, which got its name from its full body and mind workout. Each 45-minute ride combines cycling for cardio, weights for toning, and choreography (dancing on the bike). They signed a deal and set out to find the perfect space, which turned out to be the courtyard businesses surrounding the new Kimpton Rowan Palm Springs. It had everything they were looking for: ample parking, a great walking area, and lots of restaurants and stores. It was a destination spot for locals and visitors, and they were all in.

Irv was the man on the ground while Cheryl flew across the U.S. for Snapchat. On the weekends, they held auditions, curated and trained a diverse team of exciting instructors at a sister studio in Orange County while construction continued on their facility.

“Part of the fun is what we're doing in the studio; everything from the bikes to the music, to the lights and electronics, are all state of the art,” Cheryl says. “We have 50 bikes, stadium-seating style (raked), four levels, so your view is never blocked by someone in front of you. Lights are in sync with the music and it feels like you're in a club. Each bike has a meter where riders can see their progress or they can look at the leaderboards with everyone's metrics displayed. We’re going to have special rides like Britney versus Beyoncé, the Rat Pack, and Coachella and Stagecoach-themed rides. We’re keeping it very fun and diverse.” 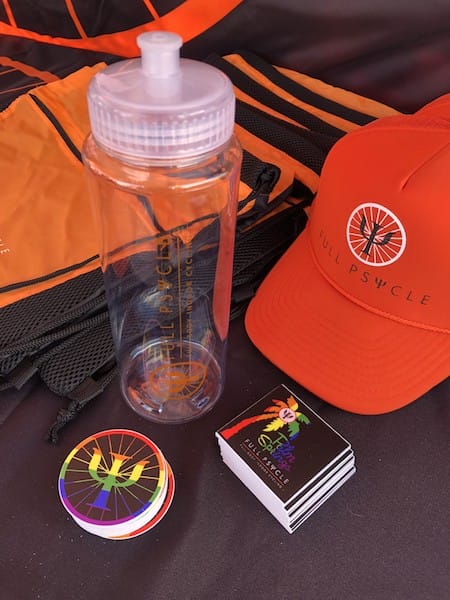 The studio provides cycling shoes for those without, and there’s a boutique where you can purchase branded clothing, your own cycling shoes, and a variety of other items. The locker rooms have showers, shampoo, towels, and blow dryers — everything you need to go to work or play after your ride.

As to the experience, Full Psycle’s tagline is “The Funnest 45 Minutes in Fitness. We move, we dance, we sing, we party!”