Gale Anne Hurd Documentary Speaks to Women's "Me Too" Discussion 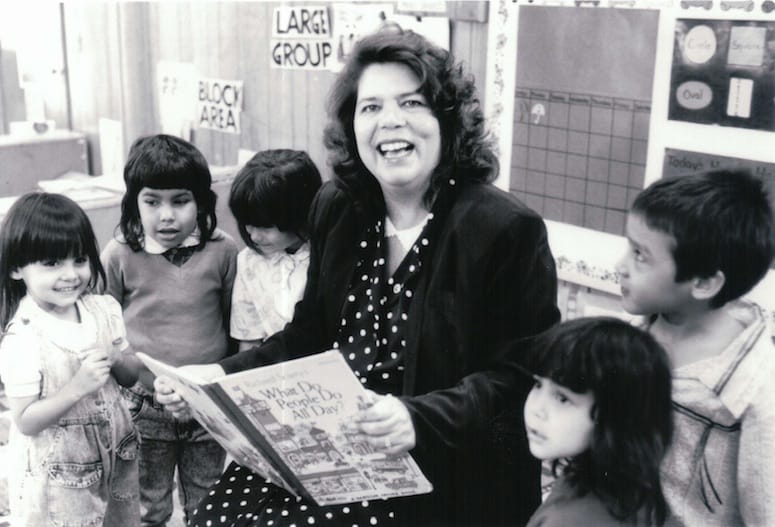 Few people would argue that we are living in a transformative time. Cultural norms are collapsing. Politics has imploded. And the opportunity to change —hopefully for the better — is seemingly everywhere.

During such powerful shifts, society turns to some kind of seer or renegade for inspiration. And that is what makes Mankiller, a captivating documentary from executive producer Gale Anne Hurd (The Walking Dead, Fear the Walking Dead, The Terminator trilogy, Aliens), all the more timely.

Hurd, who hails from Palm Springs, will be in attendance when the doc screens at the Palm Springs International Film Festival Jan. 5, 6, and 13. She will shed light on its compelling subject matter, Wilma Mankiller, an unforgettable force of nature on so many fronts: Political leader, female trailblazer, and civil rights advocate.

In 1985, Mankiller took office as the Cherokee Nation’s first woman principal chief. It was a role she triumphed in for more than 10 years, also working diligently with both the Black Panthers and the Alcatraz occupation movements. Her governance enabled the Cherokee Nation to morph into one of the most economically and culturally successful tribes in the country.

Directed by Valerie Red-Horse, Hurd sees the doc as a bold offering during remarkable times. It offers archival footage and interviews — with Mankiller herself — and illuminates how the woman successfully shined through the minefield of bipartisan politics, sexism, and several distressing personal setbacks as well. 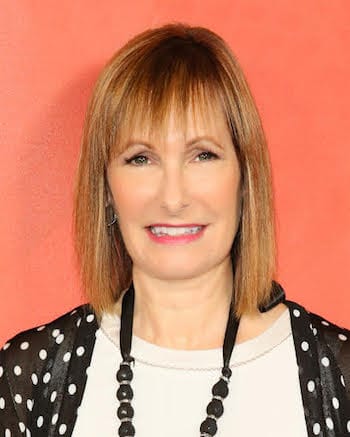 But Hurd learned so many other things about Mankiller during the filmmaking process.

Palm Springs Life: What surprised you about Wilma and her history, perhaps that you did not know, once you delved deeper into the project?

Gale Anne Hurd: Her ability to persevere in the face of obstacles — from her early days as a young activist in San Francisco, moving back to the Cherokee Nation, essentially penniless with her two young daughters, overcoming life-threatening medical issues, and facing down attacks on her abilities to lead simply because she was a woman. 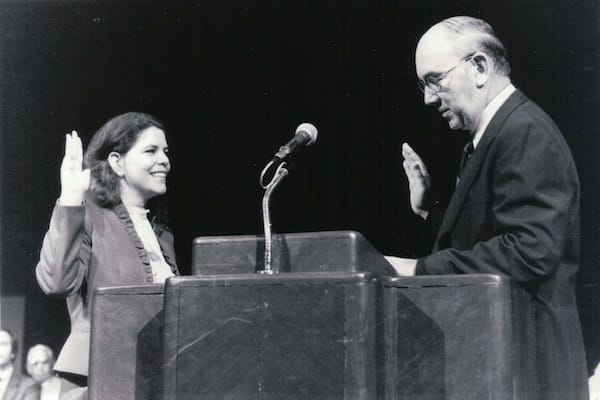 Wilma Mankiller is sworn into office as Deputy Chief in 1983.

PSL: Wilma’s leadership enabled the Cherokee Nation to become one of the most economically and culturally successful tribes in America. Many people may not know that. Do you see that as a systemic challenge — preserving history and shedding light on such matters?

Hurd: When Valerie Red-Horse Mohl, with whom I've produced two previous documentaries about the Navajo and the Choctaw tribes, approached me about making this documentary, I have to admit that I was unaware of Wilma's remarkable achievements. As someone interested in the history and plight of indigenous peoples, that fact motivated me more than anything else. American history courses focus on very very few indigenous people in our nation's history, and those that are covered are generally chiefs who fought wars against the U.S. Army, or women who helped the colonists (Pocahontas, Sacagawea). What is overlooked is the representation of vibrant and varied tribal cultures as well as their leaders — many tribes, including the Cherokee, had a matriarchal culture that was lost due to pressure from patriarchal European colonists.

PSL: Audiences have responded favorably yet ...

Hurd: Many audience members were shocked that they had never heard Wilma Mankiller's remarkable story, and were inspired not only to learn more about her, but also about the Cherokee Nation. Educators are eager to show the film to students in high school and college. We've partnered with Good Docs, an educational distributor, and will have educational materials available.

Hurd: And many women who have considered running for office are inspired by Wilma's story to actually do so.

PSL: It is such an interesting time for women right now. How do you feel Wilma, and perhaps even yourself, play into the changing tides currently taking place?

Hurd: Wilma Mankiller was one of the icons who inspired the Women's March on Washington, and rightly so. I think that women are more inspired, more than ever, to change our own narrative — from confronting sexual harassment in the workplace, to achieving a much higher percentage of representation on corporate boards. 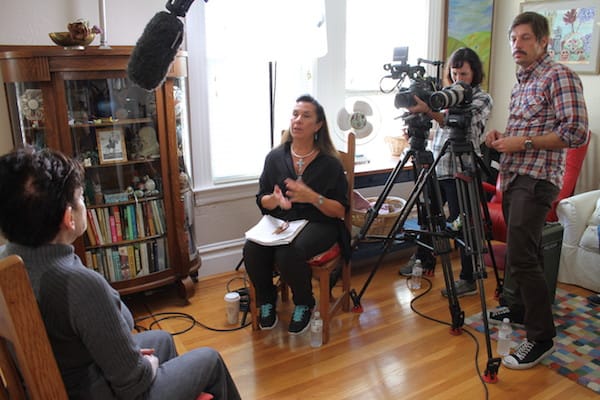 Wilma overcame so much, and converted many naysayers into believers in what she, as a woman, and an avowed feminist, could achieve for her nation. The last time she ran for principal chief, she won with more than 82 percent of the vote.

PSL: What inspires you most about her?

Hurd: She saw herself as a servant leader and believed that a good leader worked for, and on behalf of, her people. In the United States today, we have many leaders who look at power from a very different perspective. I think we would have a much better government if our politicians asked themselves this question before making decisions on behalf of their constituents: What would Wilma do?

PSL: If you could sum up Wilma in one word, what would it be?

Hurd: Gadugi. It's a Cherokee word that means “a community working together in a positive way.” Wilma practiced Gadugi every day of her life.

Mankiller screens at the Palm Springs International Film Festival at 8 p.m.  Jan. 5 at Regal Cinema in Palm Springs; 5:30 p.m. Jan. 6 at Regal Cinema; and 11 a.m. Jan. 13 at Mary Pickford in Cathedral City. Executive Producer Gale Anne Hurd will be in attendance at all three screenings. For more information, visit mankillerdoc.com.